What Could Possibly Go Wrong? Tree Planting in Detroit 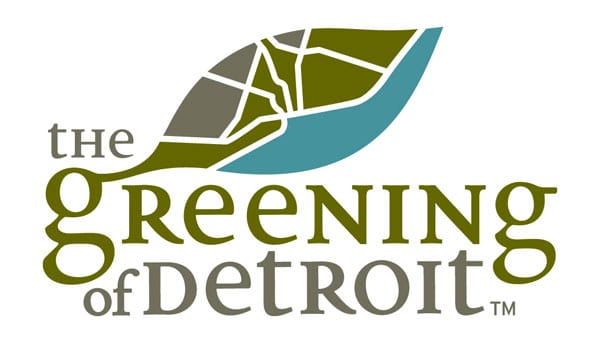 Famously known for its music and car production, Detroit was also once known as the City of Trees. From the 1800s until the 1950s, the city possessed more trees per capita than any industrialized city in the world. Sadly, Dutch Elm disease and Emerald Ash Borer invasion felled more than 500,000 trees. Now as mounting evidence shows the benefits of trees (e.g. reduction in air pollution and urban heat island effect), cities are reconstituting their urban tree canopies.

Facing cutbacks in federal funding for urban forestry, many cities are partnering with nonprofits to plant more trees. Detroit currently partners with The Greening of Detroit (TGD), a nonprofit dedicated to improving the city’s tree density. The organization offers free trees to residents with a focus on low-income areas, which often face the brunt of climate change and possess significantly less urban forest cover. Despite offering free planting services, education, and maintenance, the organization has found that the neighborhoods most in need are most likely to resist reforesting. Between 2011 and 2014, nearly 25 percent of eligible Detroiters declined to participate.

Research led by Christine Carmichael at the University of Vermont sought to understand why neighborhoods resisted TGD’s services. After conducting interviews, researchers found that residents were more likely to decline a tree if they had negative experiences with municipal programs or philanthropic efforts in the past. Additionally, community tree resistance was largely due to conflicting heritage narratives (collective stories of a community’s history including its hardships and successes overtime) between the nonprofit and community members.

Within neighborhoods with a higher percentage of “No Tree Requests,” the dominant heritage narrative was that of city neglect. Longtime residents who lived through population decline, proliferation of vacant properties, and decreased city services were reluctant to adopt a tree despite knowing that it would still be the city’s responsibility. For 20 years, Detroit’s forestry program was completely defunded, leaving residents to pick up the slack. While TGD offered free 3-year maintenance services, residents were reluctant to take on a responsibility that could ultimately fall on them. Their experience with city neglect was reinforced by TGD, with many residents citing inadequate communication regarding tree planting and care. When asked about tree maintenance concerns prevalent in resident responses, one staff member stated, “It’s up to the resident, because we’re off the clock.” Such responses underscore the community’s reluctance to accept and steward trees.

In contrast, TGD’s dominant narrative focused on changing negative perception of trees and educating residents on their potential benefits. As a result, TGD emphasized quantifiable benefits (stormwater flow management, improved mental health, crime reduction) with little attention given to how benefits would vary depending on the type of residents (e.g., homeowners versus renters). Additionally, their framing did not take into account barriers preventing participation such as race, age, or income. Such oversight led to resistance. For instance, older adults were more likely to decline trees due to their inability to maintain them without long-term assistance.

According to the founder, TGD was originally established to engage communities in environmental justice which, according to the EPA, requires “the fair treatment and meaningful involvement of all people.” However, TGD’s reliance on a heritage narrative that centered around residents’ perceived lack of knowledge led residents to only passively participate in the program. For instance, while Detroiters could request a tree to be planted in their neighborhood, TGD decided which neighborhoods would receive them, the species planted, and how the trees would ultimately be maintained. Rarely were residents asked to choose the type of tree planted. In most instances, preference was honored after a resident submitted a “No Tree Request.” For those who still declined after being presented with options, half of respondents felt their values were not taken into consideration. Moreover, these residents would have accepted a tree if more information was given on the tree planted, more assistance with maintenance was offered, and they were given a choice in species.

While TGD sought to encourage environmental justice by replacing urban canopy in marginalized communities, the organization perpetuated environmental injustices by not addressing community concerns and excluding residents from the decision-making process. As a result, low-income residents were more likely to submit “No Tree Requests.” For residents that did obtain trees from TGD, lack of communication and maintenance support caused residents to disengage in tree stewardship—ultimately negatively impacting the survival and health of newly planted trees.

Researchers recommend that organizations seeking to start a program should engage in community conversations that help uncover dominant heritage narratives. This is especially important when members of organizations do not reside in the neighborhoods they serve. In the case of TGD, the majority of its 5,000 volunteers and staff live outside Detroit and did not address negative Detroiter experiences with tree stewardship in the past. As a result of the research, TGD has expanded Green Corps, a youth employment program in which high school students provide education and regular maintenance.

While the recommendations are specific to urban forestry initiatives, the suggestions can be applied more broadly to any nonprofit program that seeks to engage residents in undertaking new services, projects, and causes. This story highlights the importance of seeing residents as active participants and shapers rather than passive consumers. Taking the time to engage communities in their heritage narratives helps organizations develop frames that resonate, provide relevant information to different constituencies, and identify inclusive goals and roles for all stakeholders involved.— Chelsea Dennis