What Does Powerful Innovation Look Like at the Historic Paris Opera Ballet? 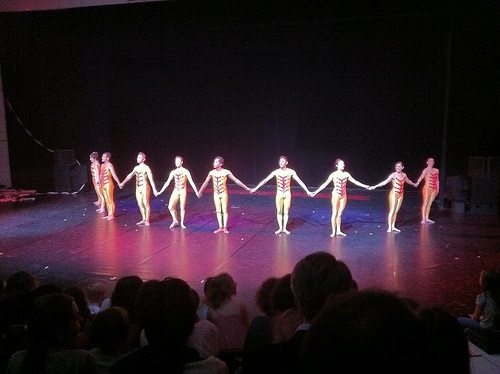 Imagine being entrusted with the success of a cultural institution founded by Louis XIV in 1661 at a moment in history when performing arts organizations everywhere are struggling to define new business models, attract new audiences, and compete for seemingly shrinking resources. At Paris Opera Ballet, two recently appointed leaders—general director of Opéra National de Paris Stéphane Lissner and director of dance Benjamin Millepied—seem to be doubling down their bets by investing in artistic excellence and innovative programming as they look to the future.

This week, they announced plans for a 2015-16 season that includes only three full-length ballets and a long list of new, shorter works. They also announced that American dancer and choreographer William Forsythe will become the company’s associate choreographer, working with the ballet’s 154 dancers for three months each season and helping to launch the newly conceived Paris Opera Academy, a training program to develop choreographers, musicians, stage directors and singers.

Both the season and the new Academy reflect a commitment to artistic excellence. As explained by Millepied, “Since Louis XIV, the idea of being a choreographer here was looked at as a craft. I want to show work by people who are really skilled craftsmen.”

Opéra National de Paris is the umbrella organization for both the ballet company and the opera company, with performances at the Palais Garnier (which dates to 1875) and the Opéra Bastille (1989). One of the strategies for the 2015-16 season is to better connect the dots between the two companies and underscore what Lissner calls “a sense of unity” across “the ballet company, the singers and the orchestra.” This will manifest itself through a double bill of Tchaikovsky’s opera Iolanta and his ballet The Nutcracker, as well as a shared focus throughout the season on the music of Arnold Schoenberg. And Millepied says that musical choices were central to the new works commissioned for the ballet.

Complementing the dance and opera productions that will be presented on stage during the first full season under the new artistic leaders will be a new digital platform on the Paris Opera Ballet website. “3e Scene”—or “third stage”—will feature new work by composers, choreographers, directors, visual artists, filmmakers and writers and will debut in September. “We want to build a platform that creates our own content and provides a way to look at work coming from us without being in the actual buildings,” Millepied explains.

According to Lissner, the 2015-16 season is just the beginning of new chapter in the storied history of Paris Opera Ballet. “We’ve thought about a long-term plan for what we want,” he said. “This represents about half of what is to come.”—Eileen Cunniffe