What We Lose When We Lose Workplace Giving 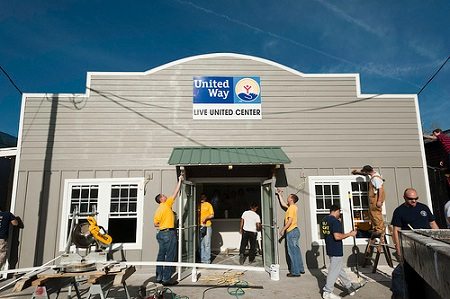 In the Washington Post, Vanessa Small and Sarah Halzack write about William Hanbury’s time at the helm of the United Way of the National Capital Area, during which he righted the ship after some devastatingly embarrassing financial management scandals. Interestingly, they report that a “most critical” component of his strategy for resurrecting the damaged United Way was “a shift away from the workplace-oriented giving campaigns that have long been the lifeblood of the organization.”

Also, an increasing number of corporate employers, such as Microsoft and Target, possess the technology and organizational wherewithal to run their own workplace giving campaigns rather than looking to the United Way for an infrastructure that they feel doesn’t add much value for the cost of getting the United Way’s services. Meanwhile, the profile of the typical United Way giver is growing older, while technologically savvy young givers may be more inclined to use online giving platforms such as DonorsChoose and Kiva to pick the organizations that most clearly meet their charitable giving aims.

United Ways have come up with various kinds of strategies for maintaining or increasing their competitive attractiveness to workplace donors and major gift donors, but the United Way’s income mix is shifting in D.C. and elsewhere toward more major gifts, corporate donations, bequests, and even government grants. To many, trying to improve the United Way’s—or any of its competitors’—payroll deduction technologies is like working to perfect the buggy whip when that mode of transportation became outmoded long ago.

But workplace giving wasn’t just designed to funnel money to charities, as crucial as that might be. Frequently, workplace giving has been the venue for ordinary Americans to connect to charity in a tactile way. It was how many Americans actually learned about and connected to the charitable sector. It was how many people actually got involved with charities beyond making contributions. Those of us who have been responsible for organizing United Way drives (this author chaired a city government’s United Way drive in a Northeastern city one year) know that these campaigns are built on connecting charities to givers, creating volunteer opportunities, and educating workers about the shape and structure of the nonprofit sector in their communities.

Payroll deduction donors are typically the most charitably generous people in the nation, as measured by the percentage of their incomes they devote to charity. They have traditionally been engaged with charities by workplace giving managers such as the United Way, America’s Charities, and various other alternative or thematically focused funds. As giving becomes more individualized, it may take place without the education and support typically offered by a workplace-giving intermediary. With major gifts and bequests making up for declining workplace giving, we suspect that the United Way may still reach total revenue marks that surpass prior years, but we wonder if something is being lost in the process. —Rick Cohen