What will Toms Shoes’ Leader Bring to Lululemon? 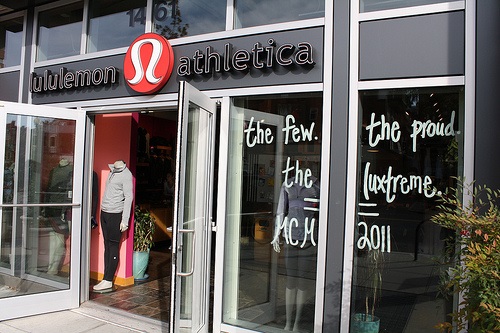 The appointment of Laurent Potdevin, current president of Toms Shoes, to the helm of the Lululemon brand may have as much to do with his image of social consciousness as his obviously impressive skill set. Chip Wilson, the founder of Lululemon, which is known for its super costly workout and yoga wear, has created a series of public relations problems for himself over time. For instance, when this spring’s costly yoga pants were recalled because they were embarassingly too sheer, Wilson chose to blame women’s thighs and their tendency to touch on occasion.

“Quite frankly, some women’s bodies just actually don’t work,” he explained. “It’s about the rubbing through the thighs.” Way to make a good number of your customers grit their teeth and take to social media.

But this wasn’t Wilson’s first media mistake. As Forbes writes, “He once claimed factory workers in ‘the Orient’ work 16-hour days just to reap a fat wad of cash. He oversaw the rollout of tote bags emblazoned with ‘Who is John Galt’ in a nod to Ayn Rand’s polarizing ideology, and in a 2009 blog post about the founding of the company, claimed women ‘no longer had to make relationships work because with birth control came a sense of financial and life control. A sense of equality was established because women no longer had to relinquish their independence to a male provider.’”

Wilson has stepped down as chair of the board, and former CEO Christine Day left last summer. As CEO, Potdevin is likely seen to bring a greater sense of how to color within politically tolerable lines, but we are interested to see if he extends the notion of social enterprise more fully into this company.

Do our readers have any suggestions for Potdevin who will take the seat?—Ruth McCambridge