What’s behind the Rise in New York City Homelessness? 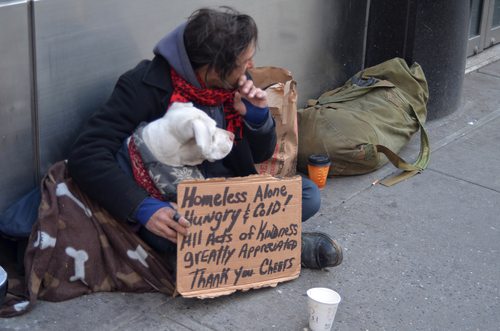 Ultimately, the solution is to find permanent supportive housing for the homeless, a strategy called “housing first” that has been validated by the experience of cities across the country and largely adopted by the Department of Housing and Urban Development as the nation’s preferred homeless housing strategy. It is an approach that the Corporation for Supportive Housing (CSH) and other national housing intermediaries have been implementing with great results, in some cases with support from foundations, several of which are members of the foundation “affinity group” Funders Together to End Homelessness.

But if homeless statistics are going the wrong way in some areas, it may not be a reflection of any sort of shortcoming in the housing first strategy, but rather, perhaps, a result of the weakening level of federal and state government funding combined with a persistent recessionary economy (at least in terms of its impact on people at the bottom of the income distribution). Doesn’t this sound like a call for redoubled nonprofit advocacy on public sector subsidies for affordable housing?—Rick Cohen