What’s Next for the Lance Armstrong Foundation? 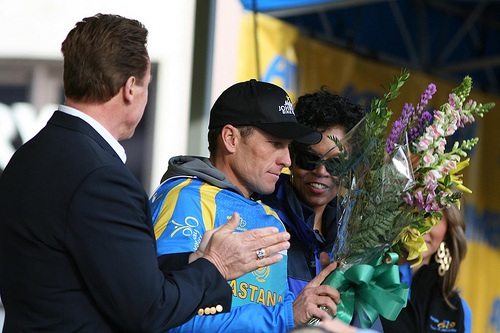 Lance Armstrong has dropped litigation against the U.S.Anti-Doping Agency (USADA), choosing not to appeal a lower court judge’s decision that the courts really couldn’t step in in an area outside of their expertise and jurisdiction, and therefore acceding to the USADA’s decision without admitting guilt about the charges. The USADA chose to strip Lance Armstrong of his Tour de France titles due to its assertion that he used performance-enhancing drugs (PEDs). However, sponsor Nike has reaffirmed its support of the Lance Armstrong Foundation and its efforts to help cancer survivors. Also doing business as Livestrong, the foundation has raised over $470 million for cancer programs. Other companies associated with Armstrong, such as Michelob, aren’t breaking their relationship with Armstrong, but it remains to be seen whether they’ll re-up.

Though Armstrong is not suffering financially (he is worth well over $100 million and commands $50,000 for speaking engagements), it isn’t all that likely that corporate sponsors and donors will be quite as enthusiastic about signing up with him and his charity in the wake of the USADA decision. Do realize, however, that Armstrong hasn’t admitted anything and no tests have been produced that clearly confirm that Armstrong used illegal PEDs. It’s also not clear how the USADA can strip Armstrong of titles that the USADA didn’t award.

In the wake of the USADA decision, the foundation reported receiving 400 donations totaling $75,000 on Friday alone, though that number has not been independently verified. Some sources suggest that the foundation might actually benefit, at least in the short term, by some charitable giving from people who see the USADA decision as unfair or who continue to admire Armstrong’s leadership as a cancer survivor. The foundation reports that its royalties and licensing fees from its Livestrong materials increased 22 percent last year and that the number of donations for the past two years is up 20 percent.

Even if Armstrong is actually guilty of using illegal drugs, a practice that is unfortunately widespread in the competitive cycling world, there are no charges that the foundation has done anything improper or that Armstrong has misused his foundation (in contrast to a high-profile celebrity charity scandal such as that which occurred with Three Cups of Tea author Greg Mortenson’s Central Asia Institute). Major charities such as the American Cancer Society are standing by Armstrong’s charitable work. As an Associated Press headline put it, “We still need Lance even if he doped.”

Nonetheless, it’s natural to wonder how Armstrong and his foundation will fare under the continuing glare of press coverage and as his critics get in line to hurl unproven charges. In terms of the impact on the Armstrong Foundation, CharityWatch’s Dan Borochoff is cautious: “They have a very steep hill to climb,” Borochoff says. “People feel like they were duped by the heroic story of Lance Armstrong, and credibility for a non-profit or charity is really vital.” It was CharityWatch that issued the red flags about Mortenson’s charitable operations while Charity Navigator and Great Nonprofits gave it a clean bill of charitable health. The Armstrong story isn’t over yet.—Rick Cohen