What’s Playing in Peoria? The No Grave Marker Blues 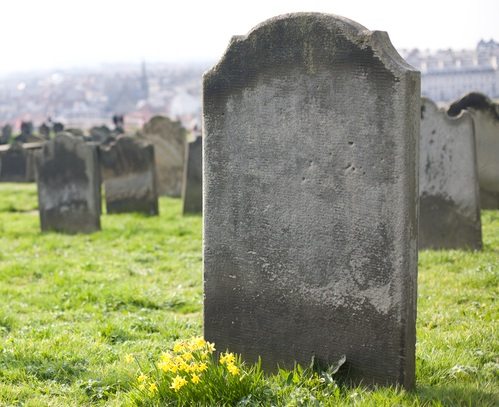 Remember “there’s an app for that?” For a brief while not long ago, it was the catchphrase of every late night host or office water cooler conversationalist. At NPQ, we often find ourselves thinking, “there’s a nonprofit for that.” Such was the case when we came across this story about blues musician Eddie King, who played guitar for “Queen of the Blues” Koko Taylor for more than 20 years. King passed away at the age of 73 in the spring, and today he rests at an unmarked grave in a Peoria, Ill. cemetery.

Tomorrow, however, King’s grave will be given a headstone thanks to the efforts of the nonprofit Killer Blues Headstone Project, which has been funding marked gravestones for major blues musicians since 2008. As Killer Blues Headstone Project Vice President Aaron Pritchard tells the Journal Star, “Unfortunately, a lot of these guys—although they have paved the way for American music as we know it—unfortunately a lot of them died in poverty…The big names tend to have a headstone, but it’s those guys like Eddie King…who are lying unmarked—guys who paid their time.”

The Killer Blues Headstone Project has already provided ten headstones for the likes of Major “Big Maceo” Merriweather, Robert “Washboard Sam” Brown, Richard “Hacksaw” Harney, Johnny “Daddy Stovepipe” Watson and Leroy “Babyface” Foster. After this weekend, King and another musician, Walter Davis, will up the organization’s grave marker count to a dozen. According to its website, the nonprofit was founded by Steve Salter after he took a trip to pay homage to some of his favorite blues musicians in a Chicago cemetery. He found that many had no marker on their grave. Salter’s list includes more than 25 blues artists lacking a grave marker and he says, “I feel driven to place as many as I can in my lifetime.”

Many of America’s talented blues musicians toiled in relative obscurity for years with modest or small incomes. At the same time, many rock and roll stars went on to earn vast fortunes based on licks and riffs first popularized by some of these blues artists. But it’s never too late to give credit where credit is due, and a marked gravestone is at least a start. Yes, there is a nonprofit for that. –Mike Keefe-Feldman