What’s up with All the Moustaches? Welcome to Movember 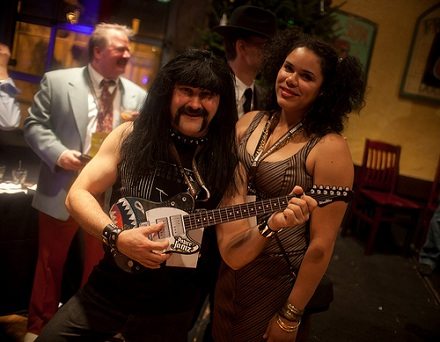 The month of November has been transformed into a celebration of creative facial hair fashions, and the Movember Foundation has been adding a charitable component to the trend. The Movember Foundation has found a way to raise support for prostate and testicular cancer initiatives and to influence men’s health that’s all about bringing back the moustache. According to a press release statement by Movember Foundation National Director Mark Hedstrom, “During the month of Movember, men become walking, talking billboards for men’s health, with each mustache generating 2,413 conversations during the month.” We’re not sure what that estimate is based on, but we generally accept the idea that new moustaches can be conversation starters.

Launched in 2003 in Melbourne, Australia, the Movember Foundation was founded by two men who simply wanted to bring the moustache trend back to life. Thirty men participated that year, but no funds were raised. Since then, Movember has expanded from raising $40,000 in 2004 to raising $126.3 million globally in 2011. Overall, it has raised $299 million from 1.9 million participants between 2004 and 2011. The Movember Foundation encourages work teams, communities, and individuals to register on its website and then to spread the positive health message and raise money for the cause. Proceeds will be donated to programs run by Movember and its partners at the Prostate Cancer Foundation and the LIVESTRONG Foundation.

The foundation offers a handful of fun prizes, from best dressed character to most intricately groomed moustache, and it has also enlisted mustachioed actor Nick Offerman (of the NBC sitcom “Parks and Rec”) to tell Movember participants how to grow a moustache for “the single manliest journey of your life.” You can watch Offerman’s spot here:

Judging by its fundraising and participation numbers, Movember is becoming increasingly popular and the foundation has truly made this charity competition fun for participants, creating online “Mo Space” pages for communities to connect and share moustache photos, and even offering a free party kit to celebrate the Movember journey – complete with sashes for Man of Movember and Miss Movember 2012. –Aine Creedon