When Funds Go Missing, What Can You Do? What Must You Do? 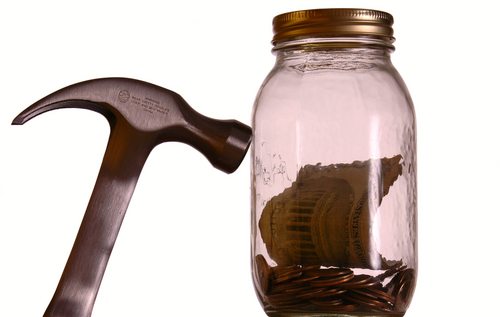 One of the most difficult situations I’ve encountered while counseling nonprofit boards over the years is when they have discovered that the organization’s funds have been embezzled, most commonly by an insider. Two real-life situations are particularly noteworthy. In the first instance, the executive director stole more than a million dollars; in the second case, a former executive director and board member conspired to steal $4,000,000 from the organization. In each instance, the other board members approached me after the thefts had been discovered to ask about their fiduciary duties and potential personal liability.

While there are few precedents for establishing the limits of a board’s liability when organizational funds have been embezzled, it is generally clear that if board members have acted within their fiduciary capacity and have not been grossly negligent in their oversight of the nonprofit’s funds, they cannot be held liable for the stolen funds. That does not prevent a state’s attorney general from laying the blame on a board, however. I recall an assistant attorney general contending that the organization’s treasurer (an unpaid officer) had been negligent in his responsibilities because he should have discovered the fraud much sooner than he had.

So what should a board do once it suspects or has discovered evidence of embezzlement?

Determine the Extent of the Embezzlement

The board’s first responsibility is to investigate the alleged crime. The organization’s treasurer, legal counsel, and forensic accountant and/or auditor should make a good faith attempt to determine the extent of the theft, examining all records available to marshal whatever evidence there might be. Although the initial instinct may be to call the police when a criminal activity is suspected, such early reporting raises the risk that the report may turn out to be an unsubstantiated accusation against an innocent employee. It is therefore a good idea to undertake a diligent audit of the firm’s records (even if it will require incurring some expenses to do so) prior to getting law enforcement involved.

Once the organization has sufficient evidence that there has been a misappropriation of funds, the alleged perpetrator must be confronted and given an opportunity to give his or her side of the story. If the individual cannot fully explain the missing funds, the suspected employee(s) should immediately be removed by placing him or her on an unpaid leave (if the organization is still unsure if a crime has been committed, a decision to place the employee on paid leave may be preferential) or by termination of employment. If there is serious concern that the employee will attempt to cover up the misappropriation, the board may want to delay the confrontation with the employee while more evidence is established. Each situation will call for a careful review of the facts and circumstances in order to determine the appropriate confrontation strategy. In either event, the organization should consider limiting the employee’s access to funds prior to the confrontation.

Report the Incident to the Authorities

Once the board has concluded that there has been a defalcation, it should consider contacting the appropriate legal authorities. This could be the local police precinct or the district attorney’s office. The FBI and U.S. Attorney should be notified if the alleged criminal activity occurred in more than one state or if it violates a federal law.

Organizations need to carefully consider any decision to report the incident to governmental authorities. Such disclosure could potentially lead to significant negative media publicity for the organization. Some organizations have been able to quietly have the stolen funds returned by the perpetrator, averting the risk of bad press and undue harm to the organization’s reputation. In situations where there are no funds available to be returned, the board or executive staff may have no choice but to report the crime.

Even if the organization does decide to report the incident to a legal authority, it may find the agency to be unresponsive or unwilling to take on the case. This could be due to the difficulty in prosecuting these types of cases, the limited resources available within the agency, the relatively small amount of money stolen (too low to devote resources), or any other number of reasons. If no criminal charges are filed, the organization may have to hire a lawyer to sue for the return of the stolen funds, which can be an expensive and time-consuming process.

Attempt to Recover the Misappropriated Funds

The board has a fiduciary responsibility to attempt to have the funds returned. But it is also incumbent on the board to do its best to determine which of the following options make sense, given the facts and circumstances at issue. Some of the common considerations include:

After considering all of the facts and circumstances, and the various options for recovering the funds, the board may, in good faith, elect not to pursue expensive options such as bringing a lawsuit, hiring investigators, etc. The board may instead choose to take alternative reasonable, private, and/or cost-efficient actions to recover the stolen funds, such as by offering the perpetrator a repayment plan.

Most organizations, thankfully, will never face the unfortunate situation of embezzlement. Good governance and board oversight can go a long way to protect against that remote possibility. But should it befall your organization, moving systematically and cautiously may significantly improve your organization’s chances of recovery.

This article was originally posted on September 12, 2013. Clifford Perlman is a founding partner at Perlman & Perlman, LLP, a New York law firm specializing in regulatory compliance and general legal counsel for the not-for-profit sector.