When the Circus Comes to Town: Nonprofits at the Republican National Convention 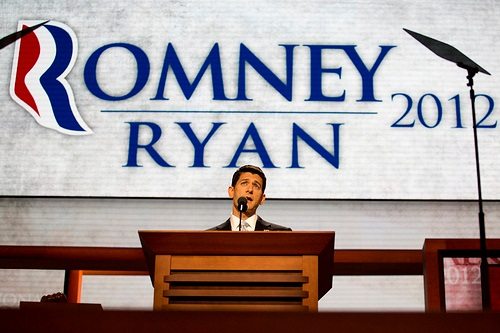 While it may not be entirely clear how the Republican convention is playing in the iconic Peoria or in the land of nonprofits, there are some indications of how nonprofits are playing at—or in—the Republican convention. The script isn’t fully fleshed out yet (this has been written in advance of speeches from both the presidential and vice presidential nominees) and Hurricane Isaac has shorted part of the Republicans’ convention agenda. Lynyrd Skynryd’s opening concert, for instance, was scratched due to the hurricane, but concerts by Trace Adkins, Willie Nelson, and Kid Rock seemed to be on schedule to be held outside the convention hall. And several other events on the calendar did go forward, several with nonprofit hosts and monikers.

The nonprofits tied to the events know that they are serving as venues for big time corporate honchos to hobnob with big time political powerbrokers, to lobby behind the screen of participating in charity fundraising. It’s worth it for a corporate CEO to ante up $5,000 or $10,000 for the valuable face-time they’ll get with members of Congress at these convention-scheduled charity fundraisers. Let’s take a look.

The Council for Economic Education (CEE) was the intended beneficiary of a program to be held at the Junior League of Tampa to discuss the results of the 2011 survey of financial literacy in America’s schools. Named hosts included State Farm CEO Ed Rust as well as Mississippi’s two Republican senators, Thad Cochran and Roger Wicker. The slightly steep cost of sponsorships ran from $5,000 to $20,000.

Meanwhile, GOProud, which describes itself as “a national organization of gay and straight Americans who seek to promote freedom by supporting free markets, limited government and a respect for individual rights,” presented HOMOCON-2012. The festivities included an all-star lineup including political commentators Mary Matalin, S.E. Cupp, and Margaret Hoover along with the no-tax-increase-pledge crusader Grover Norquist. Attendees could get in at $3,500 per couple or $2,500 per individual. Not far away, the foundation of the Tampa Bay Rays had a scheduled event at Tropicana Field to honor the House and Senate Energy and Commerce committees with sponsorship packages running as much as $50,000.

Not all events appear focused solely on collecting fees, however. A program titled “America’s Leadership in the World. Our Legacy. Our Future” was co-sponsored by ONE, the largely African-focused anti-poverty organization founded by U2 lead singer Bono. ONE has been effusive in its praise of former president George W. Bush for his administration’s commitment to fighting AIDS in Africa, so it is no surprise that the lineup of speakers for this event has a Bush administration ring to it, including Joshua Bolten, former White House chief of staff and former chief Bush speechwriter Michael Gerson. Aimed at highlighting the “legacy of Republican achievements in international development,” this event, co-sponsored with the U.S. Global Leadership Coalition, a bipartisan effort like ONE, appears to be a serious discussion of foreign policy issues and is not charging an admission fee. In addition, some events charging fees will benefit veterans’ organizations including a reception for Concerned Veterans of America, a program hosted by JPMorgan Chase for the Institute for Veterans and Military Families, and the National Association of Home Builders’ event promoting “the American Dream of homeownership to our military heroes.”

According to the Wall Street Journal, the schedule also called for a “Shootout for Charity” sponsored by the National Rifle Association. And even with the threat of rain, charity events such as a golf tournament hosted by Intel, with noted golf enthusiast House Speaker John Boehner to speak, were still scheduled to proceed.

Not everyone is there to party with the elephants. A number of nonprofit and labor union protesters showed up to make a point with one audience or another, knowing reasonably well that they are highly unlikely to bring many convention delegates to an epiphany leading them, for example, to suddenly embrace President Obama’s health care reform law. Among the protesting groups raising their voices in Tampa are remnants of the Occupy Wall Street movement, Planned Parenthood, Patients Over Politics/Doctors for America, and the Service Employees International Union (SEIU). A small Occupy Tampa encampment announced plans to take to the streets during the convention, while the Poor People’s Economic Human Rights Campaign has about 60 people in an encampment dubbed “Romneyville.” The big event at Romneyville will reportedly be the “Let Them Eat Cake Drum Circle Dance Party.”

But in light of groups that are calling for nonprofit workers to “vote their mission” (such as CalNonprofits) or endorsing candidates deemed to be pro-nonprofits (see NPQ’s coverage of that CForward initiative here), some nonprofits may have figured that there are more effective and important advocacy strategies than hanging out at this extravagant political anachronism known as a national political convention. It is time to party at the Republican Convention, whether at an NRA shootout or an Occupy drum circle? Doesn’t something seem missing?

Part of it is that the conventions are stage-managed media shows with little substantive meaning.  Do you read the two parties’ platforms? Do you care what they say? Does it matter that Ann Romney talked about love and respect? There are no struggles between wings of either party, no real debates over the directions of the parties—certainly not among the Republicans, where there hasn’t been much action since Mitt’s father George Romney led a walkout of moderate Republicans in protest of the radical right wing drift of the 1964 convention that was dominated by Ronald Reagan and Barry Goldwater. The same is true for the Democrats, who haven’t had much in the way of internal debates since Jimmy Carter fended off a challenge from Ted Kennedy and then spent embarrassing time on the stage chasing Kennedy around for an obligatory unity picture that Kennedy clearly did not want to give.

In the end, the nonprofits playing the game at the Republican convention in Tampa (or at the upcoming Democratic convention in Charlotte) know that they’re play-acting. The protesting nonprofits are showing up for the cameras, for a moment of print or maybe, if they’re lucky, TV exposure. But they all know that they aren’t going to change the opinions of the delegates one iota.

Meanwhile, in the Real World…

But it would be too easy too dismiss the entire convention as utterly meaningless. In fact, if the political pundits are indeed on to something, one act on the dais offered a pretty clear glimpse into the Republican future for nonprofits: New Jersey Gov. Chris Christie. It seems increasingly like the Republican Party of Mitt Romney is the Republican Party of Christie, who gave a typically muscular speech as the convention’s keynoter. In his home state, nonprofits are preparing “Christie budgets,” factoring in extensive state spending cutbacks in a wide variety of areas.

You may recall that Christie reduced the state’s earned income tax credit, medical aid to the elderly, environmental protection, aid to public schools, Urban Enterprise Zone funding, and higher education funding, just to name a few of his many axe-handle moves on New Jersey’s nearly $30 billion budget. For many nonprofits addressing an array of health and human services program activities, the Christie factor is not only a fiscal reality for the moment, but the Republican governor’s exceptionally robust popularity in an otherwise Democratic state suggests that he is no passing political phenomenon.

If Christie is indeed the future of the Republican Party, as many have suggested, nonprofits might consider gathering in Trenton to point to what a “Christie budget” does to the communities nonprofits serve rather than focusing on the cameras currently capturing all the silly hats and buttons in Tampa.