Where People of Middle Eastern/North African Descent Live in the U.S. 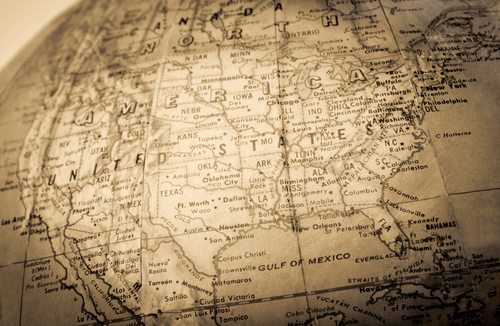 Wouldn’t it be useful to nonprofits to know how many people in their communities are of Middle Eastern and North African descent? As a minority population in the U.S., America’s “MENA” population is always an estimate, a guess, because there is no category on the U.S. Census form to be checked for a population that might come from as many as 22 countries from Iran to Algeria.

At the moment, the MENA population in American communities is pretty invisible as a population segment in the U.S. Census. Think of what this community loses because of its invisibility—attention to issues of discrimination, support for educational programs, resources for specific health issues, even language assistance for voters.

Because the MENA population is “lumped” into the white category, Middle Eastern and North African communities do not get to take advantage of program benefits, according to Stateline, “that come with minority status—including local, state and federal programs that give a leg up to minority-owned businesses in awarding government contracts.” According to Samer Khalef, national president of the American-Arab Anti-Discrimination Committee, “When they pigeonhole us into the ‘white’ category, it’s as if we don’t exist.” Khalef added, “We are considered ‘white’ without the privileges of being ‘white.’”

As a result, several Arab-American and MENA groups have written to the U.S. government officially requesting a MENA category in addition to white, black, American Indian/Alaska Native, Asian/Pacific Islander, and Hispanic, the latter an ethnic rather than racial category tracked in the U.S. Census. According to Hatam Samham, the former executive director of the Arab-American Institute Foundation, which co-signed the letter, “More of us would identify as people of color. The kind of strict racial options we have right now don’t fit.”

During the 2010 Census, there was an effort to get Americans of Middle Eastern or North African descent to check “some other race” on the Census form. A tagline for the campaign was, “Check it right; you ain’t white!”

It is important to recognize the resources and values that people of Middle Eastern and North African descent bring to the U.S. In contrast to the still virulent discriminatory attitudes among unfortunately too many Americans toward Muslims (though not all MENAs in the U.S. are Muslim), there is much to appreciate about this population, at least as reflected in analyses of MENA immigrants as of the 2010 Census:

Researcher Hisham Foad of San Diego State University identifies the major locations where MENA immigrants to the U.S. are clustered: For MENA immigrants in general, the largest population concentrations are Hudson County, Passaic County, and Bergen County, New Jersey, Oakland County, Wayne County, and Macomb County, Michigan, and four of the five boroughs of New York City. Iranian immigrants are largely concentrated in California—Los Angeles County, Santa Clara County, Orange County, Stanislaus County, Marin County, San Mateo County, and Contra Costa County, in addition to clusters in Collin County, Texas, Alexandria City, Virginia, and Nassau County, New York. Immigrants from Somalia and Sudan are much dispersed through the U.S., the highest concentration in Hennepin County, Minnesota, but others in Alexandria, Virginia, Androscoggin County, Maine, and Cass County, North Dakota. But those are concentration of MENA immigrants, not including the larger populations of Americans of MENA descent.

Given national and international dynamics, nonprofits would be helped immensely if they knew better where the MENA population lives in the U.S. so that they could be reached and served with the programs and resources they need.—Rick Cohen