Sendak Tells Us Where the Wild Things Are 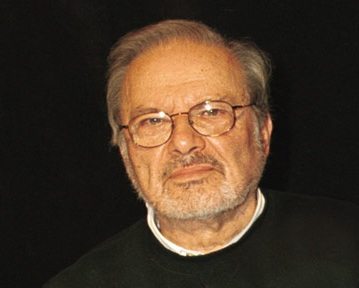 “Children despair of you if you don’t tell them the truth.”

That is a quote from Maurice Sendak, who died yesterday leaving a powerful legacy of literature that took the odd approach of treating young children as if they were wholly human.

Why would I write to you about this? Because a little line of Sendak’s work travels around with many of us—he is a part of our cultural surround. But when he first published “Where the Wild Things Are” it was banned by many libraries for being too “frightening” and “dark.” It was not the only one of Sendak’s books to get banned. This speaks to our responsibility as protectors of art even as Luis Alberta Urrea finds his books removed from classrooms in Tucson, for being too “divisive.”

Born to parents who were Polish-Jewish immigrants, Sendak’s own childhood was colored by stories of the deaths of and atrocities visited on family and friends during the Holocaust. “My childhood was about thinking about the kids over there (in Europe). My burden is living for those who didn’t,” he once said in an interview with the Associated Press.

Rather than waxing on about Sendak, who was nothing if not plainspoken yet profound, I want to share a few snippets from his interview with Bill Moyers after describing a childhood that was full of undeniably difficult moments. In the interview Sendak describes himself as a fatalist but says he puts his faith in art.

“Art has always been my salvation. And my gods are Herman Melville, Emily Dickinson, Mozart. I believe in them with all my heart. And when Mozart is playing in my room, I am in conjunction with something I can’t explain.

I don’t need to. I know that if there’s a purpose for life, it was for me to hear Mozart. Or if I walk in the woods and I see an animal, the purpose of my life was to see that animal.

I can recollect it, I can notice it. I’m here to take note of. And that is beyond my ego, beyond anything that belongs to me, an observer, an observer.”

In the same interview, Sendak described how he would “end”:

“I became so ripe, people could hardly keep their teeth away from me. I don’t know. Let me just say this. When I said the ripeness was a letter that John Keats wrote to his brother who emigrated to America describing what it was like to have a peach or piece of a peach in his mouth.

And it’s one of the sexiest things you will ever read of how slow you should take the peach. Don’t rush it. Let it go through your palate. Let it lie on your tongue. Let it melt a little bit. Let it run from the corners.

So let this be a love letter to disturbing literature about the lives people lead—and a remonstration to stay vigilant and active in defence of it. It plays a an ineffably powerful role in keeping our communities strong and active

P.S. I have watched this interview between Stephen Colbert and Sendak many, many times. I hope you enjoy it.