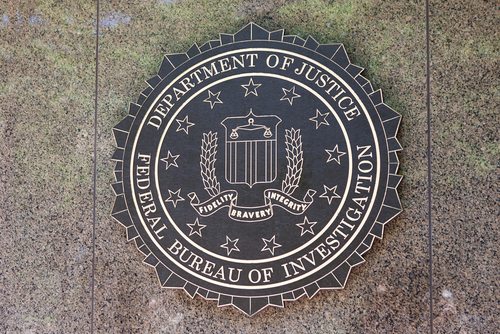 Serving as a federal agent in the Inspector General’s office in the Department of Justice (DOJ) allowed Jill Semmerling to serve as a “watchdog to ensure there was no waste, fraud or abuse.” As part of her work, Ms. Semmerling started looking at allegations that the state of Wisconsin was misusing federal grant money. In the process, Semmerling discovered that administration of the Juvenile Justice Delinquency and Prevention Act (JJDPA) was being misrun.

The JJDPA allocates grant money to states, but in return, the states are supposed to protect young offenders and make sure they’re not housed with adult criminals. According to the Government Accountability Project’s (GAP) analysis of the case, Wisconsin allegedly “violated requirements to separate foster children from adult inmates in prison or other secure detention. DOJ’s Office of Juvenile Justice and Delinquency Prevention (OJJDP) also allegedly failed to investigate evidence that the state’s records were falsified so that, on the books, Wisconsin’s youth detention system would appear to be in compliance with the law.”

As Wisconsin was being investigated, Semmerling began to see that this activity extended into other states, and “DOJ officials had been winking at similar abuses nationwide.” After that, she started to feel pressure, as her supervisors tried to persuade her to keep her investigations to Wisconsin. According to Carrie Johnson’s story for NPR, Semmerling was “yanked…from the case altogether” and experienced such stress that it caused an autoimmune disease to flare up.

“It was pretty awful,” she said. “You didn’t know where to turn.”

Wisconsin suffered little, only a slight reduction of grant funding in 2007, and the DOJ’s report stated that the operation of JJDPA in Wisconsin had moved to the “Wisconsin Department of Justice Division of Law Enforcement Services and that the state is currently receiving full grant funding.”

While Wisconsin might have escaped with only a bruise, others are now looking to get involved. According to GAP, Senator Charles Grassley (R-IA) “asked the Department of Justice (DOJ) to respond to whistleblowers’ claims that the agency fraudulently paid millions of dollars in grant money to states that unlawfully incarcerated foster children and other nonviolent ‘vulnerable minors.’” In the statement made by Grassley, Grassley noted the “existence of disturbing compliance monitoring failures at OJJDP.”

The Senate has now involved itself in the case, thanks to Semmerling’s repeated approaches to the federal whistleblower offices; Semmerling herself ended her career at DOJ with a medical retirement. Her lasting hope is that “someone is finally listening” and that the federal government will “become better stewards of taxpayer money—and better protectors of vulnerable young people.”—John Brothers