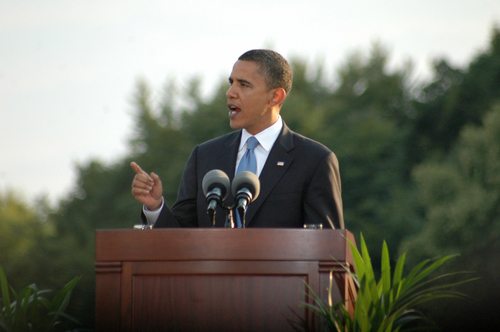 In February, joined by foundations that had been working on the topic for some time, President Obama announced his “My Brother’s Keeper” initiative focused on improving the lives of boys and young men of color. Yesterday, the White House released an interim report of the My Brother’s Keeper Task Force, chaired by Broderick Johnson, Assistant to the President and Cabinet Secretary, and Jim Shelton, Deputy Secretary of Education.

The press conference announcing the report, with Valerie Jarrett, Senior Advisor to the president, and Cecilia Muñoz, director of the White House Domestic Policy Council, along with Johnson as the key speakers, had one major announcement of action: President Obama plans to recommend that the entire administration, starting with the cabinet, sign up as mentors for boys and young men of color and spur a national effort to generate widespread commitments to mentoring. Johnson said that this effort would aim at connecting everyone to “established” mentoring programs.

The president’s upcoming announcement on mentoring tracks recommendation 4.4 in the report to launch a national campaign on mentoring, with federal agencies directed to “support or augment partnerships with national networks capable of recruiting large numbers of mentors (e.g., faith-based communities, fraternal organizations, businesses, nonprofits and other entities promoting mentoring).” Specifically, the report calls on the Office of Personnel Management and the Federal Mentoring Council to “promote the idea of public employee mentorship (e.g., through a mentoring challenge).” In addition, “the Corporation for National and Community Service should consider increasing support for building mentoring programs through AmeriCorps.”

The mentoring recommendation, scheduled to be the first concrete action to emanate from the interim My Brother’s Keeper report, suggests a key dimension of the entire initiative—that the findings and recommendations hardly break new ground and discover hitherto unrecognized breakthrough innovations. Rather, the report identifies efforts that, as Jarrett noted, are “already doing incredible work” and Johnson said are “especially effective.”

“We know in many cases what works,” Jarrett said, but both she and Johnson said the task of My Brother’s Keeper is to “take what works to effective scale.”

The interim report identifies six basic “milestones on the path to adulthood that are especially predictive of later success, and where interventions can have the greatest impact:

These markers, as well as the report’s recommendations, are by no means recent revelations excavated by the task force or uncovered in the “listening sessions” said by Johnson to have taken place in Atlanta, Baltimore, Detroit, Houston, Los Angeles, and elsewhere. What’s been said here has been known for an exceptionally long time. The report, minus the surprisingly and embarrassingly obsequious comments about the president in the task force co-chairs’ cover letter, reads like a return to basics.

Making progress on some of the six items in and of itself would chip away at elements of racial inequity. Making quality preschool more widely available would seem to have a specific benefit for African-American and Latino youngsters, who are least well served at preschool programs. Reducing violence in schools would result in better conditions for African-Americans; since the rates of suspensions and expulsions from schools are enormously higher for African-American boys, they would perforce be beneficiaries of moderation of draconian school discipline policies. However, it isn’t clear that the recommendations in toto would, despite their general acceptability, do much to reduce the extant racial inequities overall. From a structural perspective, actions need to be aimed at the inequities themselves, not assuming that a rising tide that lifts all boats also equalizes the sizes of the boats themselves.

The president hasn’t been exactly sitting still on My Brother’s Keeper. To the contrary, the core concept of mentoring has been part of several recent White House announcements, including the creation of the 21st Century Conservation Service Corps in the Department of the Interior and his new national effort around STEM education. However, most of the report’s recommendations imply that they are likely to be launched without government money, but through a variety of philanthropic commitments that the foundations are going to be announcing in the weeks or months to come.

It is an odd reversal of public policymaking. In the past, foundations were testing ideas in the hope that government would pick up, adopt, and disseminate them. Now, the government convenes meetings and generates policy ideas that have long been tested by foundations, but the planned expansion is really largely without federal funding, dependent on the willingness of foundations to ante up for where it is to occur and how much is to be done. And unlike foundation experimentation of the past, such as the Gray Areas Program of the Ford Foundation that led to the War on Poverty, these initiatives aren’t laying new paths. The White House’s My Brother’s Keeper initiative may be yet another example of the concept of “leading from behind,” building on what works rather than engaging in innovation for the sake of innovation.—Rick Cohen