Who Decides What a Purely Public Charity Is? 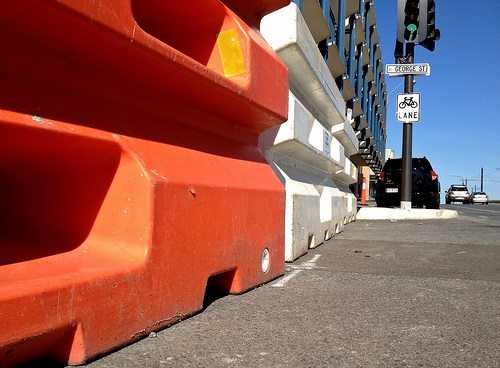 In this time when legislatures are looking for every possible dollar to help pay for the expenses of running the government, we are used to hearing about efforts to have nonprofit organizations pay some form of property tax or PILOTs (payments in lieu of taxes). It is interesting to hear, then, that a constitutional amendment now working its way through the Pennsylvania legislature is being accused of potentially making it too easy for nonprofits to be exempted from some property and sales taxes. The basic question seems to be about who gets to decide if a nonprofit is a “purely public charity,” the legislature or the courts?

The constitutional amendment being proposed for Pennsylvania gives the legislature the power to establish clear guidelines for determining what is a pure public charity. Senate Bill 4 and House Bill 173 proposing the amendment to the state constitution were passed in June of 2013. Now, they are up for the second vote in the General Assembly, which is the final hurdle prior to the amendment being taken to state voters in a referendum.

The specific wording of Senate Bill 4 is:

“The General Assembly may, by law: (vii) Establish uniform standards and qualifications which shall be the criteria to determine qualification as institutions of purely public charity under clause (v) of subsection (a) of this section.”

In the past, the decision about whether a nonprofit organization is a “purely public charity” has rested with the courts. A nonprofit would apply annually for that status with the State and, if granted, would be exempt from paying some property and sales taxes. The local municipality might choose to challenge that ruling, and so it would go to the courts to decide. A landmark case came in 1985 when the Hospital Utilization Project lost its appeal of a decision denying it the right to a refund of property tax payments it had made. The decision led to what is known as the “HUP Test” to decide if a nonprofit qualifies for the exemption.

Section 375 of the Purely Public Charity Act of 1997 has a fairly detailed description of what qualifies an organization for status as “purely public charity.” There are 5 sections under the general rule, including:

These are, essentially, the parameters of the HUP Test.

According to state legislators, this has led to confusion. For example, the decision that spurred this current controversy came in 2012 when a religious camp was denied exempt status by the Supreme Court even though the sponsoring organization had qualified under the Purely Public Charity Act. Instead, the courts denied the exemption saying charitable organizations must meet criteria determined by the court. So, according to the legislators, the time has come to establish a more intentional definition of the requirements to be exempt from these taxes

Some, however, are arguing quite vociferously that this amendment is a bad idea and will make it too easy for the larger nonprofits, like hospitals, to become exempt and no longer have to pay the taxes municipalities need so badly to pay their bills. The Allegheny County Council passed a resolution calling on state legislators to stop the bills, joining the voice of the mayor of Pittsburgh. Some legal professors have appeared before the Senate Finance Committee, where the bills are currently being considered, arguing that the wording is too vague, and that in fact there would be no changes as a result of the amendment and the courts would still have the final say on any given case.

It appears this all boils down to who gets to make the decision whether a nonprofit is exempt from property and sales tax. The local municipalities want their say, hoping to be able to tax some of the larger institutions, like hospitals. The courts believe they have the right to decide on a case-by-case basis, based on their interpretation of the law passed in 1997. The General Assembly feels that clarity is needed to stop the local municipalities from squeezing the lifeblood out of the smaller nonprofits.

One interesting comment made by John Blake, chairman of the Senate Finance Committee, sheds a little bit of different light on the subject. The Democrat from Lackawanna County said, “It would turn the authority to define who’s exempt from taxes over to the General Assembly, which is what the constitution intended, it’s what our framers intended.” Could this all actually be about the balance of power between the judicial and the legislative branches of state government?—Rob Meiksins