Who Won Big after Detroit’s Bankruptcy? 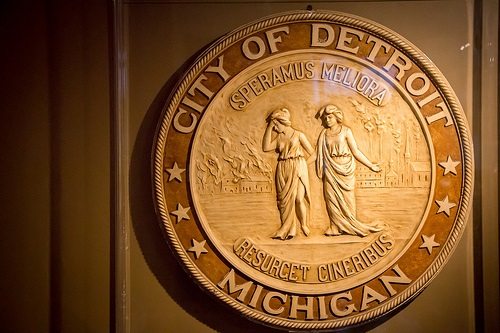 For the most part, Detroit’s nonprofits struggle for every nickel and dime they can use to maintain services to the tens of thousands of Detroiters in need of help. During the past few decades, Detroit has grown poorer while the needs and demand on nonprofits have grown greater, and with tightly constrained public dollars, nonprofits haven’t been winners in the city’s bankruptcy deal—though perhaps the court’s approval of the bankruptcy plan will relaunch the Motor City toward overall economic prosperity that will bolster the ability of nonprofits to better serve people in need.

Detroit’s bankruptcy has had a number of winners: bankers and lawyers. The investment banking firm Miller Buckfire & Co. is due to receive as much as $28 million as a fee for its services in negotiating plans to restructure debts and secure loans. That fee was negotiated by the city’s Emergency Manager Kevyn Orr, who is an employee of the Jones Day law firm—and slated to return after his service to the city is over. Of course, Jones Day has done well in its legal representation of the city during the bankruptcy proceedings, billing the bankrupt Detroit $52.3 million through October. Also submitting large bills to the city have been Ernst & Young for accounting services ($19.9 million) and Conway Mackenzie for restructuring ($17.2 million).

One of the Jones Day partners, David Heiman, billed the city at $1,075 an hour plus private cars to transport back and forth from his home in Cleveland to Detroit and to his vacation home in Fort Myers, Florida. To be fair, he wasn’t the only Jones Day lawyer to bill at that rate. Partners Corinne Ball and Bruce Bennett were also billing at that nosebleed financial altitude. Although he says he isn’t involved in reviewing these bills on behalf of the city, he told the Detroit News that he doesn’t think the firm’s bills were excessive.

The defenses aren’t hard to imagine. If the city weren’t able to hire Jones Day for all of its legal services, Orr says, the city would have had to hire multiple firms to do the work, implying that the costs might have been higher. An Orr spokesperson defended the Miller Buckfire cost, explaining that the $28 million bill to that firm helped the city save $2 billion, which is a defensible rate of return, and a typical Wall Street firm would have probably charged $100 million. In other words, according to the Orr spokesperson, Miller Buckfire’s $28 million is a below-market rate. Mayor Duggan says he has been told that the total legal bills for the city’s bankruptcy negotiations could be as much as $177 million, of which the city has already shelled out $130 million.

One critic, Michael Jackman, the managing editor of the Metro Times, suggests that the Detroit bankruptcy was part of a “pre-ordained” test case, largely designed by Jones Day, on how to alter and evade pension obligations in municipal bankruptcies. Jackman reports that “Jones Day was already preparing documents related to a Detroit bankruptcy even as Gov. (Rick) Snyder was saying it was only a last resort,” that the bankruptcy dynamic, outlined in a law review article prepared by two Jones Day lawyers in 2011, was, in the words of Judge Steven Rhodes, “the intended consequence of a years-long, strategic plan.” Whether or not the Detroit bankruptcy was a pre-planned experiment by Jones Day, there is no question that the winners to date in the bankruptcy process have been the firms with $177 million in fees—and we suspect that that total undercounts the value of the time of the city’s in-house lawyers, the state’s legal and financial teams, and even the various advisors who have worked with the foundations and others in crafting the “Grand Bargain.” The $177 million isn’t even a real number; it is was what was budgeted in the city’s Plan of Adjustment for the total legal fees, but all the bills haven’t come in yet. WXYZ described the impending legal bills, given the hourly rates and the questionable travel expenditures, as a “bankruptcy bonanza.”

In the economic devastation of Detroit, there are other winners and losers to be sure. Jim Olson, the president of a Great Lakes water policy organization, wrote that in the city’s water crisis—which continues with more shutoffs—27,000 residential customers—that is, roughly 10 percent of all of the water customers in the city—had had their water service shut off. Organizations and donors stepped up to find ways to help some customers pay, but “no one stepped forward to contribute or establish an affordable rate structure based on ability to pay to save Detroit’s water system that serves Detroit’s poor, mostly African American population.” In other words, the excessively high water bills, exacerbated by mistakes in billings and charges, have been accepted as the norm, to be addressed by charity and philanthropy, rather than corrected.

As families have had homes foreclosed or sold them for much less than they paid due to the collapse of the Detroit housing market, reports are that Detroit has become a very popular investment target for Chinese investors “answering the siren call of unbeatable deals.” Residential homes have sold for $10,000 and historic commercial properties, like the Detroit Free Press building and other structures built by Kmart founder Sebastian Kresge, have gone for “less than the price of one of Shanghai’s upscale apartments.” That’s fine for the generation of desperately needed tax ratables, but it does nothing for the poverty stricken residents of Detroit living in inadequate housing—frequently, given the city’s policies, with the threat of water service shutoffs.

There are other winners in the Detroit bankruptcy, but none as likely to be sharply scrutinized as the law firms that will find their roles in the bankruptcy to be highly lucrative, even if—as in the case of Jones Day, according to one source—they gave the city a 10 percent discount on their fees. According to Andrew Scurria for Law 360, “From the beginning, [Jones Day] knew that its work—and the fees it charged—would be scrutinized heavily in the highly publicized case since each dollar for lawyers was a dollar less for bondholders and pensioners.” The law firms’, accountants’, and consultants’ fees and other costs would also in the end add up to less money available for nonprofits doing their work of meeting the human service and social welfare needs of Detroiters.

The calculation that Detroit is conducting—whether or not the firms’ billings, such as the trips to Florida vacation homes, were legitimate and appropriate—is one thing, but the audit that really should be conducted in Detroit and in similar high profile situations like Orange County, California; Stockton, California; and Jefferson County, Alabama is to determine whether there is a coterie of lawyers and others who benefit lucratively and excessively from the pain of municipal bankruptcies.—Rick Cohen