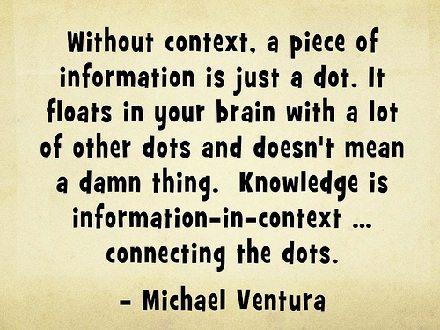 Here at Nonprofit Quarterly, we get the subtext of this article from the American Journalism Review all too well: nonprofit journalism outfits are struggling mightily to find the winning formula of earned income and philanthropic support that will keep them alive and help them thrive. The recipe to the magic sauce is quite elusive, even for the nonprofit news sites that started with a generous investment from an angel investor or philanthropist. As put by AJR writer Jodi Enda, “The journalism is the easy part. Supporting it is hard.”

Having learned, like print newspapers, that advertising is difficult to rely on, nonprofit news sites have gone to foundations to discover “a healthy number of foundations, billionaires and millionaires interested in preserving reporting for the greater democratic good or in ensuring that specific issues see the light of day.” But foundations and philanthropists sometimes have short attention spans or they change their priorities or they conclude that they like being in on the ground floor with start-up capital but don’t want to be on the hook indefinitely.

Boy, do we know that at the Quarterly!

In some instances, nonprofit journals have pursued special, one-off reporting efforts of interest to foundations to raise additional resources, such as the nonprofit St. Louis Beacon getting foundation money for special reporting plus a video on the show “Dreamgirls” in St. Louis. It didn’t raise much cash for the Beacon and we suspect it took some time and effort for the Beacon’s editors and staff.

Boy, do we know that at the Quarterly!

At the Investigative News Network (INN), foundations and individual philanthropists account for 70 percent of the revenues reported by the 64 INN members, compared to only seven percent of their moneys from memberships. INN CEO Kevin Davis thinks those numbers should be flipped if INN members are going to be able to “be lasting and do permanent good.” The equivalent of regular small donors, memberships for news that is delivered free on the Internet are tough to get and to hold.

The nonprofit Center for Investigative Reporting is planning to raise money through charging for a list of products. Others, like the New England Center for Investigative Reporting (housed at Boston University), charges for journalism training programs and a monthly investigative report. The Texas Tribune raises money through events underwritten by various corporations and other sponsors—for example, a $100 a ticket program last month headlined by Gov. Rick Perry.

Ultimately, to make the nonprofit journalism business model work, nonprofit sites have to figure out how to reduce their dependence on philanthropy. James O’Shea, who shut down the Chicago News Cooperative this year after a little more than two years of operation, thinks that the nonprofit model of journalism is “not the future.” “My experience with them,” he says of foundations, “was that no matter what your source of philanthropy or donations, the first thing they’re really looking at is can you wean yourself from philanthropy in a short and, I think, unreasonable time.”

Enda’s article describes the discomfort of some editors with philanthropic fundraising. One example she cites is Rick Tulsky, who became managing editor of the Center for Investigative Reporting. Enda reports that Tulsky disliked having foundation grantmakers convey the idea that they expected their money “to buy specific journalistic outcomes – an obvious violation of the ethics of the trade.”

On the other hand, ProPublica “was born on third base,” as Chuck Lewis, the founder of the Center for Public Integrity, notes. Third base was purchased by a commitment from Herb and Marion Sandler, West Coast bankers, who pledged $10 million a year for three years to the investigative start-up. None of the other nonprofit start-ups have had anything like that kind of start-up capital. For ProPublica’s fourth year (2012), the Sandlers are reducing their contribution to 40 percent of its $10 million budget—in other words, $4 million. That “reduced” funding level would be a huge start-up grant for any other nonprofit outlet.

Boy, would NPQ and every other nonprofit news outlet love to have annual support or even start-up support like the Sandlers’ seven-figure generosity to ProPublica. Boy, would we ever!—Rick Cohen