Why All the Haters When It Comes to Mega-Gifts? 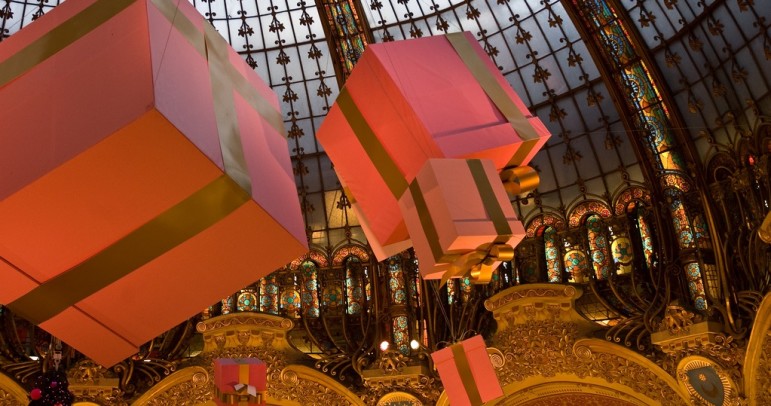 NPQ used to be the object of much scorn when we stepped out to criticize outsized philanthropic gifts, particularly when they mutated public discourse. Where once we were among a very few voices, now we apparently have more company. We’d like to think the simplest explanation for this is that people are a bit miffed about the vanity playground of charitable gift giving in an economy that is boasting historic wealth divides, and maybe that means they will quit seeing through the obfuscating glow of the halos when a billionaire is trying to remake something to his particular point of view or in his own name.

Of course, there have always been some love/hate sentiments about philanthropy, especially in the midst of an unbalanced economy. “We’ve always had this very mixed attitude toward very wealthy people giving their money away,” said Leslie Lenkowsky, an Indiana University professor of philanthropy. “It’s a long, drawn-out controversy. Our concerns about equality and inequality are bringing it back to the surface today.”

The periodic public bratty behavior of some donors, of course, doesn’t help their public image. Pablo Eisenberg recently recounted such an incident in “An Ugly Naming Rights Fiasco Plays out at Paul Smith’s College.” In it, he calls Joan Weill, the wife of billionaire Sanford Weill, “one of the greatest, most insensitive egos in today’s philanthropic world” after she made her offered $20 million gift contingent on the college being named for her. College officials attempted to comply over vocal protests from other stakeholders, but when the courts overrode the deal, Ms. Weill decided to withdraw the much-needed grant.

But much of the outrage about Zuckerberg’s grant seems to be focused on his choice of an LLC as a place to park his many billions. This structure would not in and of itself provide any immediate tax breaks (though some believe that it could in the long run), but neither would it require any accountability or transparency from the young billionaire.

Many experience this pair of facts as the height of arrogance. Even the conservative Breitbart website ran a piece by Nate Church yesterday entitled “Mark Zuckerberg’s Philanthropy Doesn’t Seem Particularly Charitable.”

While Zuckerberg has promised that “any net profits from investments will also be used to advance this mission,” it’s not something he’ll need to prove, or which can be enforced. Besides that, the “charity’s” mission isn’t clear about anything except that it will be used to create new technologies—something that would directly benefit Zuckerberg himself—and to support people and ideas that he favors.

When Zuckerberg first announced his plans, he claimed that the Chan Zuckerberg Initiative would focus on “promoting equality,” but that too is a hollow sentiment. After all, his previous publicity-fueled exploits have done very little. And as Gabriel Zucman of the University of California has observed, Facebook isn’t exactly the poster child for civic responsibility. Facebook makes heavy use of tax shelters like the Cayman Islands to avoid putting money anywhere they can’t get it right back.

None of this makes a very compelling case for trusting in Mr. Zuckerberg’s goodwill. If the face of Facebook really wants to benefit the community at large, maybe he should start by paying his taxes.

A charity is subject to rules and oversight and has to allocate a certain percentage of its assets every year, to…er…charity work. Zuckerberg’s will not have to and can even operate in total secrecy. He could, if he wished, invest in a scheme to make a quick buck from global warming and encourage polar bear genocide and no one would be any the wiser.

ProPublica’s Jesse Eisinger commented on the tax and social implications:

If the LLC donated to a charity, he would get a deduction just like anyone else. That’s a nice little bonus. But the LLC probably won’t do that because it can do better. The savvier move, Professor Fleischer explained, would be to have the LLC donate the appreciated shares to charity, which would generate a deduction at fair market value of the stock without triggering any tax.

Zuckerberg didn’t create these tax laws and cannot be criticized for minimizing his tax bills. If he had created a foundation, he would have accrued similar tax benefits. But what this means is that he amassed one of the greatest fortunes in the world—and is likely never to pay any taxes on it. Any time a superwealthy plutocrat makes a charitable donation, the public ought to be reminded that this is how our tax system works. The superwealthy buy great public relations and adulation for donations that minimize their taxes.

Not for nothing, but this kind of money also buys outsized influence just about anywhere they want to take their philanthropic dollars—including in public systems that are supposed to be governed democratically. Eisinger writes that “instead of lavishing praise on Zuckerberg for having issued a news release with a promise,” we should be considering what kind of society we want to live in and if we want one appallingly rich young man substituting his decisions for those that should be made by elected officials who, in theory, could be held accountable to the public.