Why Does NYU President Face “No Confidence” Vote? 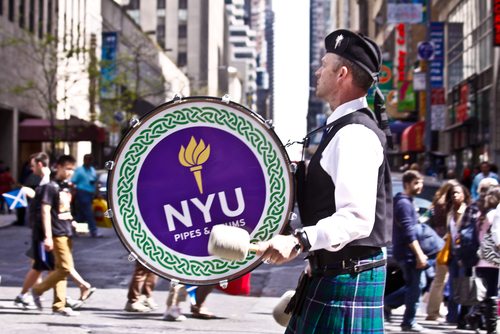 New York University (NYU) President John Sexton is determined to transform his school from a respected second sister to Columbia University into a vanguard global educational brand, but he has hit a roadblock on the home front in New York City’s Greenwich Village. [Full disclosure: This writer received his B.A. and J.D. degrees from NYU, during which time John Sexton was dean of the NYU School of Law.] Sexton has established the Global Network University, which encompasses a dozen learning centers across the globe, including a degree-granting campus in Abu Dhabi; a similar NYU franchise is slated to open in Shanghai in 2014. However the faculty of the NYU College of Arts and Science, the largest school within the university, is currently in the middle of a five-day vote of no confidence regarding Sexton.

The vote serves as a referendum on the president’s sweeping initiatives and it will also gauge the faculty’s dissatisfaction with Sexton’s swashbuckling style of governance, which many see as autocratic and inconsiderate of the views of the faculty. Those in the NYU community who approve of Sexton’s methods admire him for his forceful approach to instituting change in an era of fiscal constraints on students and universities. Many university heads may see the faculty vote, if it fails, as another green light to forge ahead with a more profit-oriented style that is less deferential to faculty and educational concerns than has traditionally been the norm.

Sexton’s detractors agree that NYU has experienced significant growth during Sexton’s 11-year tenure, but some consider him an egotist who is deaf to the concerns of an essential voice of the NYU community. The trustees’ view is more sympathetic to Sexton, if their recent near-doubling of his salary (to just short of $1.5 million and $800,000 in annual retirement benefits) is any indication. Sexton is well known as an avuncular communicator with a penchant for disarming friends, foes and strangers with hugs. He was a champion debating coach, a law clerk to Supreme Court Chief Justice Warren E. Burger, and he had a long stint as dean of the NYU School of Law (1988-2002) before assuming the presidency at NYU.

Some view Sexton’s dramatic growth initiatives with suspicion. Aside from plucking a few academic superstars from other elite campuses, NYU’s faculty growth has largely consisted of adding non-tenure track positions, including many adjuncts who receive relatively low pay and short stays. For some, Sexton’s great leap forward is a simple money grab. Rebecca Karl, faculty senator and professor of history, stated that she would support global education “if it weren’t just about people paying an N.Y.U. New York tuition, then being shipped off to Prague where you can house and educate the kids for a fraction of the cost that it takes in New York and then N.Y.U. pockets the difference.”

Another swirling controversy involves NYU 2031, a six million square-foot facility, some two million square feet of which is planned for a faculty residential area close to New York City’s Washington Square. Some colleagues view this as an unfair and even illegal usurpation of public space, while others view the plan as an inevitable undertaking that will not be derailed by protest or legal action. Andrew Ross, a professor of social and cultural analysis, suggests that Sexton has “a very evangelical sense of purpose that does not extend beyond the concept that the university should be an entity of his own making…I think, when other administrations see that they say, ‘Well that’s what leadership should be. And when faculty see that, they say that is not what university leadership should be. It’s the style of a maverick CEO.”

NPQ will follow up with a look at any results or repercussions from this week’s vote of no confidence. –Louis Altman