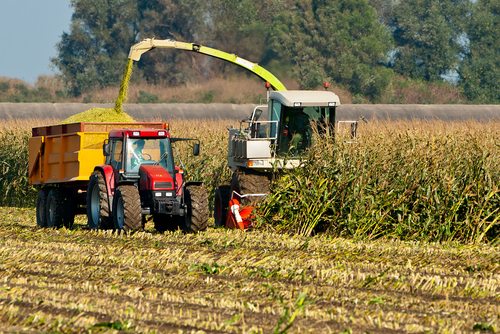 Can anyone tell us exactly how the U.S. Conference of Catholic Bishops and the Catholic Campaign for Human Development can justify their decision to rescind CCHD’s $48,000 grant to the Land Stewardship Project (LSP)? The official explanation is that the Land Stewardship Project is a member of TakeAction Minnesota and the Minnesota Council of Nonprofits. The Land Stewardship Project’s mission is “to foster an ethic of stewardship for farmland, to promote sustainable agriculture and to develop sustainable communities.” LSP is widely known for its support of family farmers and has been recognized for its FarmBeginnings program, which aims to bring more people into farming. Both TakeAction and MCN have come out against the state constitutional amendment to limit marriage. We could find no evidence that the LSP has taken a position on same-sex marriage, much less the ballot initiative, but that doesn’t seem to faze the Campaign, which is demanding that LSP leave the two network organizations.

The two organizations that offend the Bishops so much are TakeAction Minnesota, which “moves Minnesotans to active grassroots democracy that builds social, racial and economic justice,” and the Minnesota Council of Nonprofits (MCN), the largest state association of nonprofits in the U.S. and a member of the National Council of Nonprofits. [Full disclosure: The executive director of MCN is on the editorial board of the Nonprofit Quarterly, the former public policy director of MCN once served on NPQ’s board of directors, and various MCN staff have written for NPQ].

CCHD used to be the nation’s foremost, standout supporter of grassroots organizing and activism. LSP exactly represents the values of grassroots democracy and social justice that CCHD has long embodied. Because it happens to be a member of two networks that have taken a position on a marriage ballot initiative, completely unrelated to LSP’s own work and unrelated to LSP’s reason for membership in these organizations, that’s cause for the Bishops to rescind the grant?

This is a dangerous course of action for the Bishops and the venerable CCHD. They are now investigating potential grantees to see if they have ever been associated with entities now deemed to be enemies of the church. It is all but a sad rerun of Martin Dies sitting at the head of a congressional dais gleefully compiling names for the Hollywood blacklist. This isn’t the kind of philanthropy that CCHD has long stood for. CCHD can choose not to fund MCN or TakeAction Minnesota, which have taken positions against Minnesota’s marriage amendment, but LSP has no stance on marriage.

No offense, Bishops, but we don’t get it. The Bishops’ position on the LSP grant is behavior reminiscent of the sorry American political tradition of targeting suspected “fellow travelers.” The Bishops/CCHD position must be countered—loudly—by nonprofits and foundations of all stripes. This is a time for nonprofit and philanthropic leadership organizations to speak out. Both the U.S. Conference of Catholic Bishops and the Catholic Campaign for Human Development are 501(c)(3) organizations. Their decision regarding the Land Stewardship Project lacks any merit and stands against the values of free speech and free association that are core components of what it means to be a nonprofit in this nation.—Rick Cohen