Why Is Silicon Valley’s Philanthropy Sluggish? 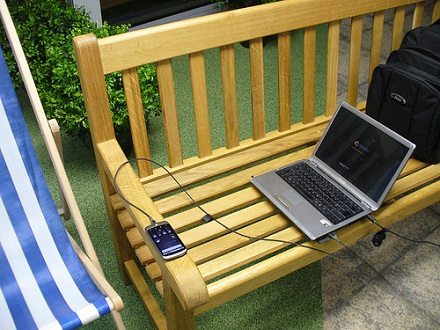 An article in USA Today examines philanthropy trends in the technology field, mentioning some remarkable roles tech corporations have played in the giving scene—but also noting the lack of a philanthropic presence among many technology corporations. Only four of the 50 most generous U.S. donors in 2011 came from the technology sector, according to the Chronicle of Philanthropy. But when looking at the Forbes list of the wealthiest people in America in 2011, eight of the top 20 came from the technology field, including business leaders from Amazon, Facebook, Oracle and Microsoft. So where’s the disconnect? Why aren’t these tech billionaires or multi-millionaires following the lead of Microsoft’s Bill Gates and giving more to charity?

E. Chris Wilder, executive director of the Valley Medical Center Foundation, has been urging prosperous individuals raking in dough from Facebook’s newly public stock offering to be charitable and share with nonprofits, noting that Silicon Valley “underperforms when it comes to giving.” USA TODAY has also reported that, with Facebook’s new IPO, “The Valley’s tech boom is boosting the net worth of area residents so much that the region’s growing wealth and spending—and taxes they generate—provide one of the few bright spots in California’s creaking economy.” As anticipation remains high, NPQ hopes to see these 850 or so new millionaires’ wealth permeate into charitable donations to nonprofits.

Though some Facebook executives have made hefty individual contributions, Leslie Lenkowsky, professor of philanthropic studies at The Center on Philanthropy at Indiana University, criticizes Facebook and Twitter as being “pretty much…non-players in the philanthropy world.” However, Margaret Coady, director of the Committee Encouraging Corporate Philanthropy, suggests that the younger populations working at technology firms having higher expectations of community involvement and volunteerism. Coady states, “They want to be involved, not necessarily just write a check.”{loadmodule mod_banners,Newswire Subscription Plea}

Google’s charitable branch, Google.org, has also provided important support for the nonprofit sector, giving $115 million in grants and $1 billion in donations in 2011 to nonprofits and academic institutions. The organization has also concentrated on engineering solutions to global problems with projects such as Google Flu Trends and Crisis Response. Google for Nonprofits has also provided valuable online offerings such as adwords free of charge.

Although such programs have done wonders for the nonprofit sector, it still doesn’t make up for the large swaths of tech millionaires and billionaires that are seen as lacking in their philanthropic efforts. What can be done to encourage more charitable giving in the tech sector? –Aine Creedon