Why Kickstarter “Sucks” and Crowds are Wiseasses 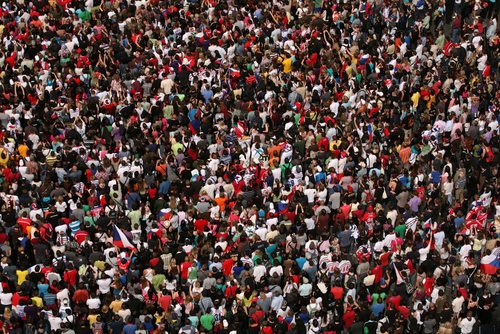 Amid all the glowing encomiums about crowdfunding, Noreen Malone ripped off a searing critique of Kickstarter, headlined “The False Promise of Kickstarter: Fund me, I’m useless.” Malone concedes that Kickstarter “has done crowdfunding better than anyone else,” may distribute more than twice as much money than the National Endowment of the Arts, and has witnessed $1 million pledged on its site each day.

Fast Company has named Kickstarter as one of the 50 most innovative companies, and a former editor of Wired told Malone, “Kickstarter is the financial engine for the entrepreneurship that’s driving the maker movement…turn(ing) people from [just] customers into evangelists for the project.”

In her critique, Malone starts by noting a problem of Kickstarter’s (and maybe many crowdfunding sites’) demographics: “ … as James Surowiecki put it in The Wisdom of Crowds, the conditions necessary for a crowd to be ‘wise’ include ‘diversity, independence, and decentralization’—all of which are more or less the opposite of the conditions necessary for a successful Kickstarter campaign.” Kickstarter, she says, “naturally favors groups with strong social-media followings and the capability to make a captivating video pitch, offering quirky perks for those who chip in.” Kickstarter isn’t the only one of these now increasingly popular crowdfunding sites, prompting Gawker to describe the proliferation of pleas as “online panhandling.”

Malone cites the predominance of “geek-culture offering” such as a “zombie-based” school curriculum that raised $11,000 or the “ostrich pillow” for taking power naps in the office, which raised twice what its sponsors hoped for. She also notes the lunacy of the more than $67,000 raised for a statue of Robocop in Detroit, perhaps not Mayor Dave Bing’s highest priority for the all but bankrupt metropolis. In that case, Malone observes, “Sometimes crowds aren’t wise; crowds are wiseasses.”

She nicely references the “Your Kickstarter Sucks” page on Tumblr which has enough lunatic projects drawn from Tumblr to embarrass anyone but the cast of “Jackass.”

There are some good crowdfunded projects, but Malone’s analysis suggests that the nutty ideas that really aren’t worthwhile investments (and may never be completed) are swamping the good ones. Is the nation’s recent unbridled enthusiasm for crowdfunding less an example of finding a new, great idea for fundraising than simply a new chapter to be written for Charles Mackay’s Extraordinary Popular Delusions and the Madness of Crowds?—Rick Cohen