Why the Obama White House Says “No!” to the America Gives More Act 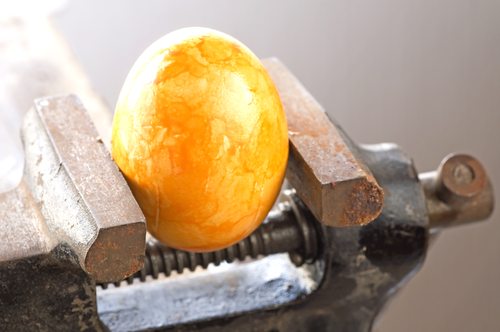 In light of the past year or two of budget debates, with Republicans demanding that every nickel of assistance that the government might award to people in need—for example, extended unemployment benefits—be offset by budget savings, one would think that Democrats might have had enough of that game. Boosting economic activity and helping people in need, especially if the budgetary costs are relatively low, would be a no-brainer.

Except that yesterday, when the House of Representatives passed a package of charitable giving incentives in H.R. 4719, named the America Gives More Act, that would add all of $16 billion over the next decade to the federal budget deficit, Democrats and the White House objected—in the statement from the White House, “strongly.” That is $16.2 billion over the next decade for a federal budget deficit that stands currently at $649 billion (well less than half of the $1.413 trillion deficit in FY 2009). Projections show the projected FY 2015 deficit to shrink further to $564 billion.

Are charitable giving incentives like the IRA rollover, enhanced treatment of food inventory contributions, and extending the time for making tax-year charitable contributions worth to the nonprofit sector what would be a relatively small increase in the federal budget? That’s the question that we explore briefly here.

What did the House pass?

The key provision in the bill was the reauthorization of charitable gifts from Individual Retirement Accounts (IRAs) for persons aged 70½ and older. Typically, seniors are required to take taxable minimum distributions from their IRAs. The House action would allow seniors to donate up to $100,000 of those distributions to charities. If the Senate agrees with the House and if the President were to sign the legislation, this “IRA charitable rollover” would be made permanent, a change from the reauthorizations that have been required in recent years each time the tax provision expired.

A third provision reauthorizes and extends an enhanced tax credit for donations of food inventories from corporate donors to nonprofit for food pantries serving the poor. The enhancement allows S corporations, partnerships, and individual proprietors to receive the same enhanced incentives that C corporation food inventory donors would get, including being allowed to deduct food inventory donations up to 15 percent of their taxable income.

The two other significant provisions deal with making the tax deduction for donations of charitable easements permanent and reducing the private foundation excise tax to one percent. The most expensive provision of these charitable giving incentives is the IRA rollover, but in overall budget deficit terms, it is relatively small. The specific budget deficit-increasing impacts of each key item between 2014 and 2014 are as follows:

This bill, emanating from the House Ways and Means Committee, is different than the proposed comprehensive tax reform changes in charitable giving suggested by chairman Dave Camp (R-MI), establishing a minimum floor for charitable deductions, and different from President Obama’s proposed cap on charitable deductions for very wealthy taxpayers. Both the Camp tax reform and the Obama cap would arguably reduce charitable giving broadly, though the precise depth of the reductions are not clear and may be minimal. Both involve issues that might make the reduction of some amount of charitable giving worthwhile in terms of how the federal “savings” might be used or how the tax structure gets simplified and rationalized. H.R. 4719 is different, involving a handful of discrete incentives that were largely proposed as separate pieces of legislation before being consolidated into one bill aimed at boosting charitable giving for specific targets (food, easements, etc.) or from distinct, somewhat narrow mechanisms (IRA distributions, foundation excise tax).

This package of incentives has all of the earmarks of a bipartisan concept in a time when virtually anything that might be bipartisan gets scuttled in Congress. Nonetheless, the House vote for the legislation was 277 in favor and 130 opposed. Except for the 14 Democrats and 12 Republicans who missed the vote entirely (including John Conyers [D-MI], Maxine Waters [D-CA], Carolyn Maloney [D-NY], and Linda Sanchez [D-CA]), all remaining 221 Republicans voted for the bill joined by 56 Democrats.

Splitting from their colleagues to join the Republicans in favor of the legislation were Joaquin Castro (D-TX), whose twin brother Julian was just appointed HUD Secretary by President Obama; Alan Grayson (D-FL), one of the more partisan Democrats in Congress; and Chellie Pingree (D-ME), the former president and CEO of Common Cause. Overall, however, the House Democrats generally seen as most savvy about nonprofits, charity, and philanthropy voted against this bill. It is probably important for nonprofits as they explore future federal legislation to understand why some of the most pro-nonprofit Democrats dissented from this legislation and why a large slice of Democrats left the fold. The underlying political question is, why would the White House and the Democratic leadership give Republicans the opportunity for a “win” on H.R. 4719’s charitable giving incentives?

In response to the House action, the White House issued a strongly worded statement that laid out the following reasons for its strong opposition to the bill and its threat to veto:

“I want to be clear what this debate is about, and what it is not about,” he said. “It’s not a debate about the merits of public charities and private foundations. We all support the good works of the charitable community and strive to provide charities with the resources they need to carry out their mission. Indeed, along with Congressman [Jim] Gerlach, I am the sponsor of the Food Donation Deduction. I’m a lead sponsor. And I think that highlights this is a debate not about charities, not about foundations, it’s about fiscal responsibility and fiscal priorities. To date, Republicans have selected to make permanent 10 of the approximately 60 expired tax provisions—without a single dime of offset. After today, if this bill passes, the House will have approved $534 billion worth of tax provisions—without a single offset—wiping out more than half of the deficit reduction enacted last year during the bipartisan fiscal cliff deal.”

Democrat Lloyd Doggett of Texas added that the enhanced tax treatment of donations of food inventory allowed for donations of food with no nutritional value, such as Twinkies and potato chips. “We do not need a permanent tax break for Twinkies,” Doggett said. “Extending this tax break forever means it will never get the careful evaluation it requires. We should be encouraging contributions of nutritious food, not paying for junk.”

Putting the charitable incentives into context

With Democrats in control of the Senate for the moment, there is little likelihood that this legislation is going to barrel through Congress to the President’s desk before the November elections. Moreover, Senate Democrats have the opportunity to reshape and restructure elements of these incentives to make them more palatable, strengthening, for example, provisions to ensure that the wholesome food that should be the scope of donations of food inventory don’t include Twinkies or expired food. Doggett is completely correct, but this part of the bill is certainly correctable in the Senate or in conference committee.

Democrats could even add some important elements to this legislation to make it more robust, particularly given the House’s nonsensical decision earlier this week to eviscerate the tax enforcement capacity of the Internal Revenue Service as punishment for the Lois Lerner scandal. For example, given that these are all provisions relating to nonprofits and charities, the Senate could demand, as Congress has long intended, that the remaining private foundation excess tax be devoted to paying for the operations of the IRS Tax Exempt division, which would presumably be charged with monitoring and oversight of the donees for their use of these donations. NPQ has long called for that. If there ever was a moment for this to happen, now is the time.

At the same time, for its part, the White House might want to see that the charitable incentives in the America Gives More Act don’t really bust the budget. Moreover, unlike the charitable tax deduction available to itemizers, which significantly goes to people of significant income earnings and wealth, the items in this legislation are not huge incentives that accrue only to the very wealthy—and notably, that wasn’t the argument in the White House statement.

Probably the component of H.R. 4719 that leans that way is the conservation easements incentive, but the key there is to ensure that the easements don’t end up as tax windfalls for wealthy landowners who don’t offer public access and use of the lands to be conserved. That again is why, in order to avoid a repeat of the Nature Conservancy scandal of a decade ago, the tax-exempt oversight and enforcement capabilities of the IRS must be bolstered. These conservation easements are meant to encourage donations to qualified organizations that would use and protect the lands for use as a “significant public benefit.” Without IRS oversight, who knows what kind of “public benefit” might slip through?

But the White House also has to start fighting back against the conservatives’ budget deficit myth. The debt exists and is paid for by borrowing (such as Treasury bonds) because the nation is making a choice to so finance the debt as to be paid back by all Americans, including middle income and lower income Americans, rather than raising taxes on the nation’s super-wealthy, whose share of the nation’s wealth has been increasing rapidly. Research by economists Gabriel Zucman and Emmanuel Saez demonstrates that the concentration of wealth in the “super-rich”—households with assets of $20 million and above, particularly $100 million and above—has been dramatically increasing while even the wealth of the “middle rich” has declined as a share of the nation overall. Financing $16 billion in additional federal budget costs through taxation rather than holding it hostage to deficit reduction should be a major campaign issue for nonprofits, especially since charitable giving that flows from the types of giving incentives in H.R. 4719 generally exceeds what the budget gives up in tax deductions.

The charitable incentives in H.R. 4719 in general are worth the cost, but ought to come with a price that is different than pay-as-you-go budget offsets. The price should be the following: