Why this Longstanding Seattle Business is Converting to a Nonprofit 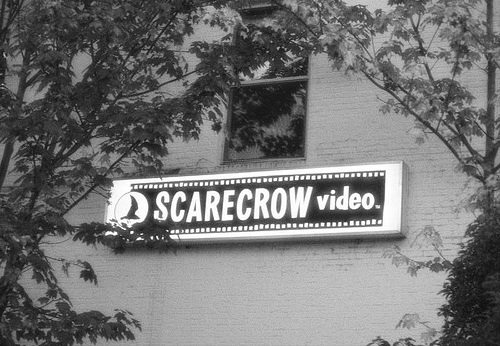 Scarecrow Video in the University District of Seattle has been a local cultural institution since 1988, but it has experienced revenue problems as of late due to a 40 percent decline in rentals. In thinking through their options, the employees came up with the idea of embracing their cultural institution status and reorganizing as a nonprofit. This conversion will be facilitated by the store’s current owners, who are donating the assets of the business, including its library of approximately 120,000 titles.

The owners, Carl Tostevin and Mickey McDonough, have been warning that the business was in trouble since last fall. “We weren’t specifically thinking nonprofit—we were basically casting around for any idea…. We had several educational institutions and film organizations that were interested in taking it over…to use as a library, something like that.”

But it was finally two employees, Kate Barr and Joel Fisher, who came up with the nonprofit idea because it would allow the collection to be supported by a different resource mix, including volunteers.

“I can’t describe how excited we were,” said Tostevin, “that it was a group of people that we know, that have Scarecrow’s best interests at heart.”

The new nonprofit will launch this fall under the name The Scarecrow Project, and it will be fiscally sponsored by the nonprofit Grand Illusion Cinema while it awaits status.

To capitalize the effort, the group is on Kickstarter, asking people to contribute to a goal of $100,000 to fund the transition. The Kickstarter campaign began this week. Details can be found at www.scarecrowproject.org.

“We think there’s so much potential and so much possibility here,” Barr said. “The owners would not have gone forward with our proposal if we didn’t have a financially viable one. This isn’t just a group of kids saying, ‘This would be fun!’ We’ve done our due diligence—we feel like from our end, we can make it happen. But we can’t do it without the support from the community.”

“Being in this industry, we’ve watched a lot of other great video stores around the country fold,” McDonough said. “We have this opportunity not only to not fold, not just prolong the death, but be able to create something new.”—Ruth McCambridge