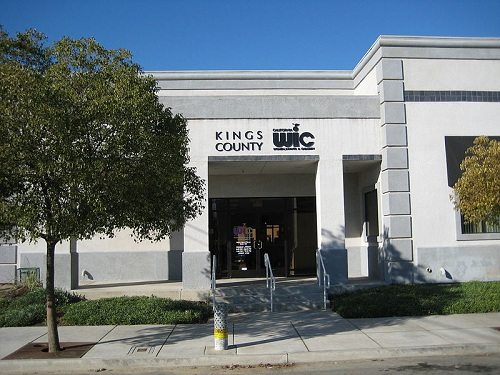 Every day, there are more announcements of programs that might be in danger due to a prolonged federal government shutdown, and increasingly they describe programs of crucial importance to vulnerable populations. Stateline is reporting that as early as next week, millions of women from all over the country might be notified that as of November 1st, they will no longer receive assistance from the WIC program (Women, Infants and Children).

By regulation, WIC recipients have to be given 15 days’ notice that their benefits will run out. With November 1st as the date when the shutdown will mean no more WIC funding, WIC recipients could be receiving notification as early as mid-October. North Carolina has already gone ahead and notified its 264,000 WIC recipients; 80 percent of them have already received their October WIC benefits but are in jeopardy for November, but 20 percent may not even get WIC support this month.

The federal commitment to the WIC program was about $6.5 billion in grants to the states and the District of Columbia. Unlike other programs that go to and through the states, WIC is fully funded by the federal government, providing food and nutrition assistance to low-income pregnant women, plus infants and children below age five (for WIC, “low income” is below 185 percent of the federal poverty level). As of June, 8.5 million women and children received WIC assistance, the vast majority in California and Texas.

As usual, the states are handling the WIC problems differently. Kanas has announced it will not issue WIC benefit checks for November and December, Utah has closed offices and cancelled appointments for potential WIC recipients, and Louisiana has stopped and then restarted its process of accepting new applicants. Go figure.

Note that WIC, unlike food stamps, has been on the decline for some time. Sequestration cuts will eliminate benefits for 600,000 recipients, on top of the 400,000 who left the program in the first half of Fiscal Year 2013. Unlike food stamps, WIC never received an increased appropriation from the stimulus. But stimulus funding for food stamps ends November 1st, which means that some women and children could be looking for WIC benefits at that time.

If you want to see how ceasing WIC benefits might affect women and children in the states served by your nonprofit, look at the following map from Stateline: 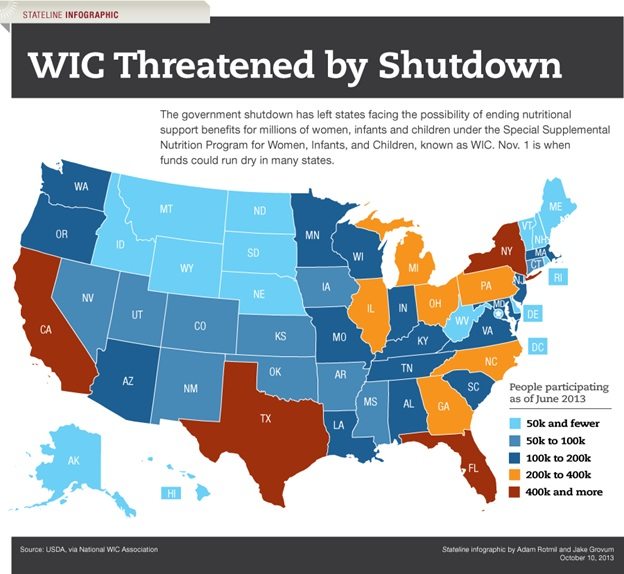 The map shows a potentially sad picture of more hardship for poor people as a result of an entirely unnecessary partial government shutdown.—Rick Cohen