WikiLeaks’ Assange and the Price of Leadership Risks 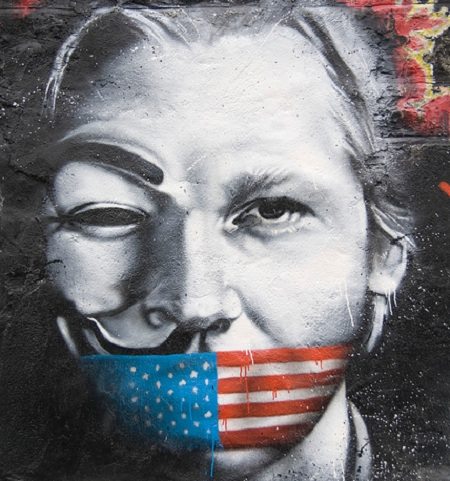 NPQ has long been following the story of WikiLeaks, which has been a poster child for the tension that often comes with disruptive innovation. In this case, the disruption—forcing unwanted transparency and perhaps some degree of accountability on large institutions—presented real risks to the organization and its leadership. Those who are willing to take such risks are often…well, different. Now comes word that WikiLeaks’ Australian founder Julian Assange is reportedly not doing very well, health-wise. In a brief video interview, Ana Alban, the Ecuadorian ambassador to the U.K., says that Assange is suffering from a chronic lung condition.

Assange has been a refugee at the embassy since June. There is a warrant for his arrest that would send him to Sweden to face charges of sexual molestation, unlawful coercion and rape. Assange denies all of these allegations and says that they stem from a desire to punish him for publishing sensitive documents via WikiLeaks. In order to avoid possible extradition to Sweden, Assange hasn’t left the Ecuadorian embassy. While he has food to eat and a treadmill for exercise, he has no fresh air and the embassy, unlike many others, doesn’t have a garden. Alban says that “without much sun and poor air circulations…it’s absolutely logical to think that a human being in these circumstances is not going to be living well.”

Assange is perhaps one of the most controversial figures of our time. Depending on who you talk to, he is either a heroic freedom fighter engaged in outing the truth in a McLuhan-style “guerilla information war” or a dangerous threat to peace and security seeking to stir the pot without care for consequences. Assange is hardly the first leader to be reviled by many. As Ron Heifitz and Martin Linsky write in their classic book Leadership on the Line, “when exercising leadership, you risk getting marginalized, attacked, diverted or seduced.” As such, is Assange’s exile part of the price he should have expected to pay for his actions with WikiLeaks? We’d love your thoughts on the matter.

Looking beyond the Assange/WikiLeaks case, it’s worth noting that, unless one clings to a relatively neutered view of leadership, be it in the nonprofit sector or elsewhere, it is only risk-takers who possess the capacity to change a collective worldview. That kind of leadership can be obnoxious and hard for others to take—so much so, in fact, that many won’t recognize it as leadership at all. But without the risk-takers, where would we be? Have you taken any risks lately? Were they worth the price you may have had to pay? – Mike Keefe-Feldman