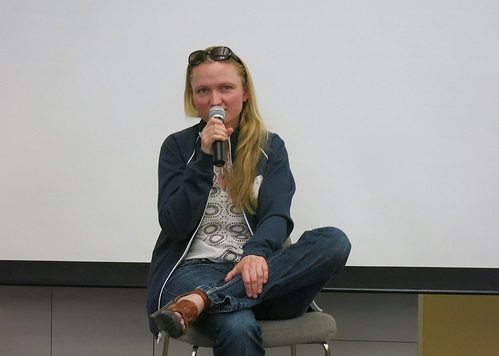 The nonprofit Wikipedia Foundation, the entity behind Wikipedia—with 80,000 active users worldwide, the fifth most-visited website—succinctly describes the site as “a complex volunteer-driven movement…building the largest collection of shared knowledge in human history.” While much of Wikipedia’s success springs from the loyalty of its global base of volunteer editors, the organization’s dramatic growth both in size and assets under its last executive director, Sue Gardner, has highlighted the value of an effective ED for Wikimedia and the other entities that have been watching the foundation over the last few years. Gardner’s decision to leave last year set in motion a yearlong search process that began with an interview with the New York Times about the position and continued with ads in The Economist and LinkedIn and contact with over 1,000 people. The search finally ended with the “unanimous selection” of Lila Tretikov by the Wikimedia board and an official announcement earlier this month.

A Q&A page about the hiring process displays the views of some of Wikimedia’s leaders on their selection criteria. After seven years of experience leading the foundation, former ED Gardner pushed for someone who would be “generally flexible and open to influence, but who also knows when to be unyielding, for example when Wikipedia is threatened with censorship.” Gardner believes they found that person in Tretikov, who she sees as being capable of being either “soft” or “hard” “as circumstances require.” Wikipedia co-founder Jimmy Wales also points to the importance of Tretikov’s background as an engineer and her experience with open-source technology.

For those in the nonprofit sector, it is interesting that Wikimedia raises the issue of Tretikov’s lack of nonprofit experience and provides a succinct answer: “It is extremely uncommon for someone from a nonprofit background to have the level of product and engineering experience that the foundation was looking for. The board and transition team knew that going into the search, and fully expected that the next ED could come from a for-profit organization.” According to Wikipedia, before joining Wikimedia in 2007, Gardner worked for the Canadian Broadcasting Corporation and Newsworld International; by 2012, she was ranked as the 70th most powerful woman in the world by Forbes.

In its introduction of Tretikov, Wikimedia highlights the fact that from “our earliest conversations with Lila, she immediately understood the importance of editor retention,” and notes that “we are confident she’ll tackle it energetically.”

Since last year, the rapid growth of mobile phones has made editor retention a closely monitored issue for the foundation. In February, the New York Times ran a technology story that pointed to “the concern in the Wikipedia movement and among people who study it is that smart phones and tablets are designed for ‘consumer behavior’ rather than ‘creative behavior’ (meaning reading, as opposed to writing and editing).” The story noted that Wikimedia has begun to track some growth in mobile editing, but also pointed out that its new “Wikipedia Zero” initiative is an effort to bring Wikipedia into the developing world via mobile phones.

In light of these challenges ahead, it is not surprising that the foundation describes Tretikov in her first few weeks on staff as being in “learning and listening mode…getting familiarized with the Foundation, the staff, and the movement.” There is clearly a lot on her agenda.—Anne Eigeman