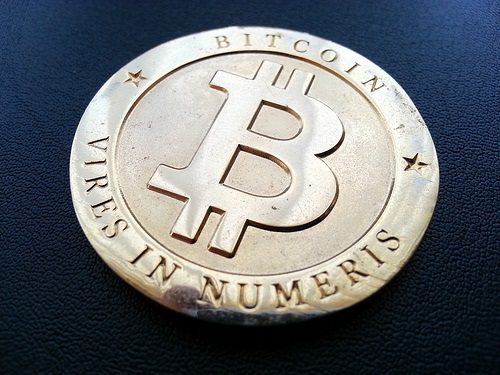 The best known of the cryptocurrencies, Bitcoin, is making deeper inroads into respectable society, including the nonprofit sector. On Wednesday, the Wikimedia Foundation, the entity behind Wikipedia, said that it would add the digital currency to its extensive list of payment methods.

Lisa Gruwell, the foundation’s chief revenue officer, said in a blog post that “members of our community have asked the Foundation to start accepting Bitcoin. These requests, coupled with recent guidance from the U.S. Internal Revenue Service, encouraged the Foundation to once again review our capacity to accept Bitcoin.”

It’s not as though Wikipedia is getting into the Bitcoin business, however; they won’t be holding any Bitcoins themselves. To facilitate transactions, Wikimedia has chosen to work with Coinbase, a third-party payment processor that converts customers’ Bitcoins instantly into dollars to protect their donations from fluctuations in the currency’s value. As a sign of Coinbase’s enthusiasm for the project, and indeed the notion of charitable giving through Bitcoin generally, the processor has agreed to waive its transaction fees for any registered 501(c) nonprofit using the service. As said on its blog:

“Charitable giving is emerging as a major consumer use case for Bitcoin. Bitcoin enables donors to give 100% of their funds to causes they care about, and the convenience of Bitcoin has inspired donors to donate small amounts when they previously might not have donated at all.”

Wikimedia’s history with Bitcoin got off to a humorous start when Wikipedia co-founder Jimmy Wales tweeted a message saying that he’d just bought a tenth of a coin through Coinbase. It wasn’t long after that donations started coming in from what can be described as an accidental fundraising campaign from Bitcoin users who wanted to demonstrate the value of their currency. That was back in March; five months later, Bitcoin’s legitimacy as a donation method has been granted.

The role of cryptocurrencies like Bitcoin, Dogecoin, and many others in the field of philanthropy is still up in the air. Last year, NPQ found a nonprofit that was willing to pay its staff in Bitcoin. There are lists available of charities and other organizations that will accept donations in virtual currencies. (That list is a wiki compiled by enthusiasts; no endorsement of any organization on that list is intended.) And in May of this year, Cathy Kirby at CoinDesk reported that the excitement over the possibility of a Bitcoin charity boom hasn’t led to a surge in actual donations.

Does your organization take donations in Bitcoin or other virtual currencies? What precautions and safeguards have you put in place to keep those donations secure? We’d like to hear from you.—Jason Schneiderman