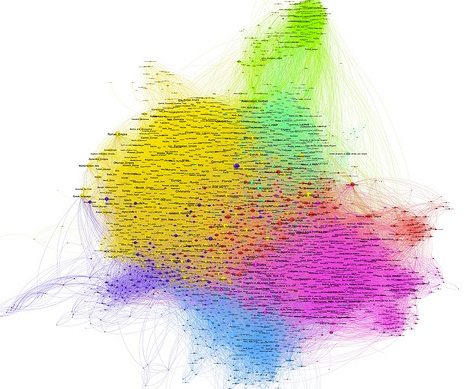 The Wikimedia Foundation has taken a stance of strong support for one of Wikipedia’s editors, Dimitris “Diu” Liourdis, who has been sued for libel by Greek politician Theodore Katsanevas for the act of editing a Wikipedia page.

The edit that so offended Katsanevas cited a characterization of him as a “family disgrace” by his father-in-law, former Greek prime minister Andreas Papandreou. The quote, which comes from Papandreou’s will, can be found in reliable sources like the San Francisco Chronicle and the Chicago Tribune. (Katsanevas is, as it happens, contesting the will, which left all of the prime minister’s possessions to his second wife and left his four children, including Katsanevas’s wife, only “his good name” as an inheritance.)

Katsanevas has been duly stung by this characterization—he won a defamation trial in 2003 against a Greek newspaper publisher who ran his photo with the caption “DISGRACE” daily for a period in 1998. He has sued Diu for the sum of €200,000; that trial is set to take place in 2016. (Also named in the suit is the Greek Free/Open Source Software Society, under the misapprehension that they operated Wikipedia.) However, Katsanevas also seeks a preliminary injunction to have the edit removed from his Greek-language Wikipedia page, a request that, due to the nature of Wikipedia, is near impossible to fulfill. When the judge asked Liourdis to remove the edit through a sort of “pre-preliminary injunction,” it was back in place quickly.

What’s more, where Katsanevas was previously only on Greek Wikipedia, his efforts to have his entry expunged have only made him more prominent, causing Wikipedia pages for him to spring up in English, Polish, Italian, French, Catalan, and even Yakut.

A lawyer from the Wikimedia Foundation, Michelle Paulson, said in a statement that the foundation “stands with Diu” in the face of what she describes as “an unconscionable lawsuit, which we see an assault on our users, our projects, and freedom of speech.” What’s more, Liourdis’s legal expenses will be covered in part through Wikimedia’s Legal Fees Assistance Program, which was first proposed in August of 2012 but has had very little exposure until now.

One of the dangers of citizen journalism, even to the smallest iota that’s involved in editing a Wikipedia page, is that people with a vested interest in keeping their reputations clean can use the leverage that comes from money and access to drop a hammer on those seeking to report. With this stance, the Wikimedia Foundation shows their dedication to protecting those who edit for them from that sort of harassment—Jason Schneiderman