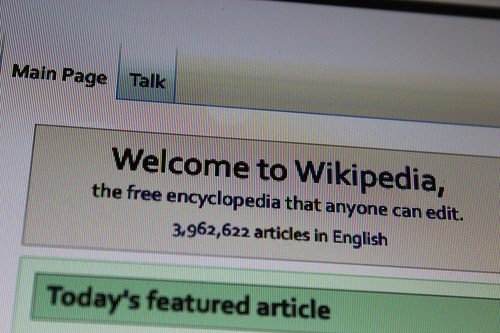 A poll of almost 2,000 British adults by YouGov found that 64 percent of respondents trusted the truthfulness of Wikipedia entries to tell the truth “a great deal” or “a fair amount”; compared to 61 percent that trust the BBC for instance or 45 percent that trust the Guardian. That is pretty phenomenal and maybe puts Wikipedia, according to Carl Miller of Demos, as the first real wonder of the digital world. 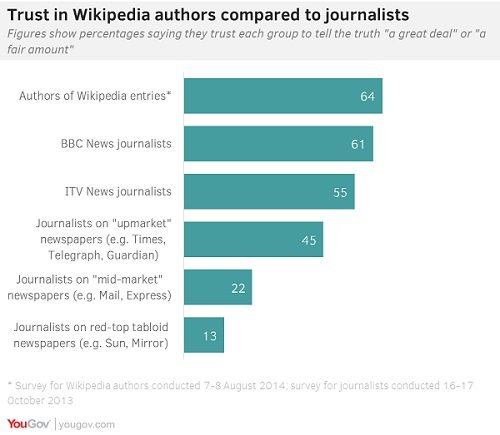 Jamie Bartlett, writing for The Telegraph which was rated right up there with The Guardian, writes that “The reason this is important is because it marks a moment: when the new model of trust finally dislodged the old. We live in the age of the crowd…crowd wisdom has become the only way to manage the deluge of digital material coming at us all the time. The internet is a mass of conflicting, confusing, overwhelming information.

But, he writes, “even on Wikipedia, which has developed the best way of dealing with this sort of thing, there are still problems. As I reported here, there is a worrying amount of wikiwashing – where paid editors write and edit entries. One of the preoccupations of the Wikimania conference was that only 10 per cent of editors are women – and that has an effect on what is written.”

In any case, when you stack Wikipedia up against the Encyclopedia Britannica it is still found wanting 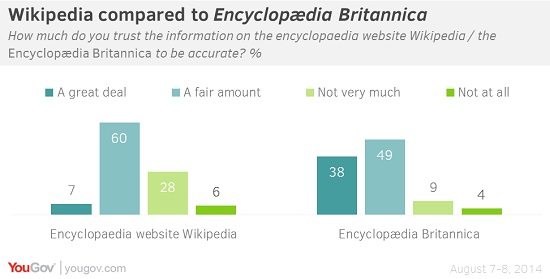 But according to YouGov only a relatively “small group of people trust Wikipedia enough to plagiarise its content.  5% of British adult say they have “directly copied” text from Wikipedia to use in professional or academic work – without citing Wikipedia as a source.” But this disturbing stat may be changing since “Among under-40s, nearly one in ten (9%) have copied from Wikipedia without citation.”

One of those who apparently are among that still small percentage is, as we reported recently, a New York Times reporter. No wonder there is a trust issue.—Ruth McCambridge