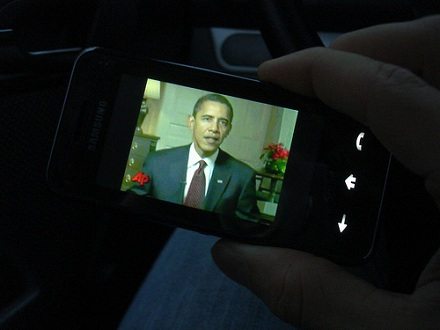 President Obama has been recognized for successfully courting younger voters in the U.S., so it’s only natural to see his reelection campaign emphasizing social media tactics and mobile outreach. Now, after the Federal Election Commission’s (FEC) recent ruling permitting text-message contributions to political candidates, mobile technology will likely play an even larger role in election campaigns to come, including the presidential election now at hand. Both President Obama and Republican challenger Mitt Romney pushed for the use of the text contributions, seeing this tool as a way to raise more money and as giving individuals more opportunities in campaign fundraising. However, analysts have commented that the true victor of this new ruling will be Obama, who will gain an advantage in small-donor contributions.

According to numbers from the Campaign Finance Institute in 2008, 46 percent of contributions received by the Obama campaign were for $200 or less. So far this year, the Daily Beast notes, Obama’s small-donor funds account for 43 percent of his total, while small donors make up only 10 percent of Romney’s total. Gallup polls also show that Obama leads Romney by a 35-point margin among voters aged 18 to 29, the age group most connected to mobile technology.{loadmodule mod_banners,Newswire Subscription Plea}

Mark Armour, president of Armour Media and a former Al Gore spokesman, helped push text donations and says the success charities have had with text giving for the 2010 Haiti earthquake shows how the system can draw in substantial amounts: “If you look at what happened in Haiti, they raised $40 million in 10 days…The potential is theoretically unlimited. It’s sound money, new money … It could quite easily be tens of millions of dollars.”

“Supporters will be able to donate between $10 and $50 a month when the service is up and running in the coming weeks,” the Daily Beast reports. The Federal Election Commission also decided that text message contributions will be capped at $10 per message and $200 per individual. Do you think this new ruling will give Obama the upper hand in 2012 presidential elections? And, assuming you aren’t already doing so, could you see your nonprofit employing a text-message giving strategy in the future? –Aine Creedon