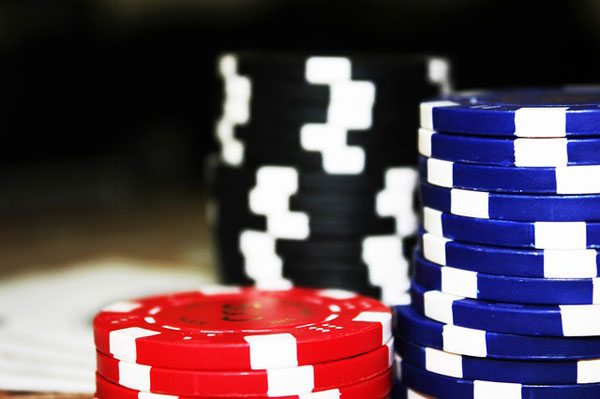 The 2017 year was a mixed bag for Kansas Athletics, the nonprofit corporation supporting the athletic department of Kansas University. The nonprofit saw revenues increase by 1.2 percent. Unfortunately, this was more than offset by an increase in expenses of 7.2 percent, which left KU Athletics operating in the red for the year.

Despite finishing many years in the black, the subpar performance in 2017 has some stakeholders concerned, as KU is planning a $350 million facility upgrade—the largest bet the athletics department has made in its history. Of that $350 million, $300 million will go toward renovating the football team’s facilities. Some are quick to point out that this spending is not guaranteed to improve performance. Berkeley professor Murray Sperber notes:

Only winning will cause fans to come back to Kansas football, and the research just doesn’t support the idea that building fancier facilities begets more winning… KU’s last major upgrade of football facilities was the Anderson Family Football Complex, which was completed in July 2008. In the 10 seasons prior to the $33 million football upgrade, KU won 53 games. In the 10 seasons since it has opened, it has won 28 games.

Sperber further notes that the quality of competition is not going to get easier just because Kansas has a nicer stadium. The Jayhawks still have to play in the Big 12 Conference, home of perennial powerhouses Oklahoma and Texas.

Whether or not a program’s facilities play a factor in a team’s recruiting success—which is linked to a team’s performance—goes far beyond a simple comparison of records before and after investment. To some, however, even that is beside the point. As associate professor of sports business at Ohio University, David Ridpath, points out, “It is a problem that schools get Big 12 money, but they are still begging for money.” In 2017, Kansas Athletics had a $19 million deficit, which needed to be covered by donors.

None of this is new. According to the Journal-World, KU has been running operating deficits for years. Furthermore, Kansas Athletics has seen its debt-to-assets ratio rise from 17 cents on the dollar in 2006 to 52 cents on the dollar in 2017. Despite that, there is no indication that the nonprofit will have trouble meeting its annual debt obligations.

Keeping all of this in mind, one must wonder if it is wise to take such a big gamble on a mediocre asset like Kansas Football. The program is not necessarily a household name, nor does it have a storied tradition. In fact, it is not even the sport for which Kansas University is best known. To judge this investment requires a firm understanding of sunk costs, the sunk cost fallacy, and the expected returns on the investment.

First, football programs are very expensive to operate, as discussed thoroughly here. Money spent on football could be spent elsewhere in the athletic department. For example, $300 million for more scholarships (subject to NCAA regulations) or better facilities for other sports. The opportunity cost of facilities upgrade funding, let alone the annual budget, is staggering, although it is not obvious that other programs would receive the same level of support as the football team.

Second, there is no guarantee that the improved facilities will bring in a more talented bunch of recruits. Certainly, better coaching and community support are more important. Even then, the payoffs for improved team performance are likely years, if not decades, down the line.

Taking these first two points together, one must ask whether it’s even worth fielding a team. Just because KU has fielded a team for a century does not mean it makes financial sense to continue to do so. This is especially the case if the leads held by in-conference foes Oklahoma and Texas are practically insurmountable. Throwing more money at a bad investment just because it has received a lot of support so far is what is known as the sunk cost fallacy. What is spent is not coming back.

On the flip side, though, there are real, positive effects of fielding a successful football team, and it is difficult to see a way for the Jayhawks to do that without spending. The team will have a difficult time stealing blue-chip players from elite programs as it is. Letting its facilities deteriorate relative to other schools is a surefire way for Jayhawk football to remain irrelevant nationally.

With an improved football squad can come increased pride in the university, something alumni certainly appreciate. Furthermore, a 2010 meta-analysis of financial support for universities based on athletic performance finds that schools whose teams do better raise more money. Investing in its athletics and, in particular, its football program can yield big rewards for the athletics department and Kanas University as a whole.

However, this is far from a sure thing, as Professor Sperber noted above. What KU, and more generally any nonprofit, must do is examine the expected gains from the investment. Decide how likely it is that an investment will be a success—using whatever metric fits the nonprofit’s mission—and use that likelihood to assess the value of the project to the community. Then, compare that weighted benefit to the costs and risks of the project.

And the risks are big, including contextual factors far outside the control of a nonprofit. We don’t have to think back that far to remember the implosion of many arts institutions that spent this way on facilities improvements only to find the projects stalled in the midst of a depression in ticket sales and donor responsiveness.

If Kansas Athletics’ bet fails, it will be saddled with more debt and commitments it cannot meet, and its donors will be subsidizing a below-average football team that’s second-fiddle at best to the Jayhawk Men’s Basketball team. It is a gamble that, in the mind of Athletic Director Sheahon Zenger, is worth the risk.

“[Former Chancellor, Bernadette Gray-Little] said to me,” Zenger recalled, “if you are going to be in the game, be in the game.” Professor Sperber counters, “I have come to realize that not only college athletics the most dysfunctional business in America, it is also the most irrational.” Hopefully for KU’s sake, Zenger is being rational and has reasonable expectations for this project.—Sean Watterson 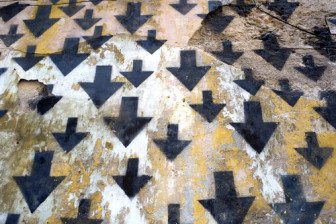