Will Magic Johnson Create a New Charitable Footprint with the Dodgers? 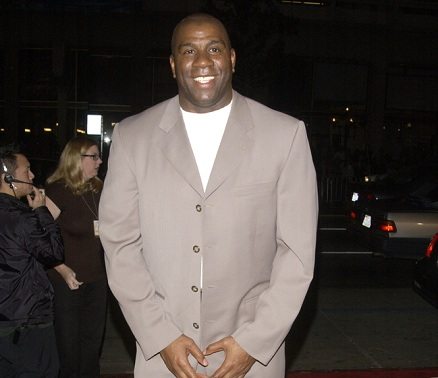 Will Magic Johnson bring some charitable magic to the Los Angeles Dodgers? Johnson is now a part-owner of the Dodgers, part of a group that purchased the Dodgers from Frank McCourt for a cool $2 billion, well above the previous record sales price ($845 million) for a Major League Baseball (MLB) team, the Chicago Cubs—even more than the $1.1 billion paid for the NFL’s Miami Dolphins. The final price tag is actually higher than $2 billion because McCourt gets to maintain some interest in the team and got paid additional money for investments in his parking lots.

Everyone knows that MLB teams engage in some level of charity and philanthropy for their communities, sometimes of the relatively inconsequential variety (baseball equipment, hats, gloves for kids, etc.), sometimes much more. MLB Commissioner Bud Selig certainly doesn’t frown on the teams being good citizens in their communities, especially since the teams rely on the public for all kinds of support, often in the form of direct and indirect subsidies for stadiums. What questions might be asked of the charitable dimensions of the sale of the Dodgers?

Like many football teams, the Dodgers—through the Dodgers Dream Foundation (DDF)—has rebuilt neighborhood baseball and softball fields throughout the city. In addition, working with the Jackie Robinson Foundation, the Foundation provides $1 million in Team 42 (Robinson’s uniform number) scholarships for 42 minority kids from the region. DDF claims other programs focusing on education, health, and the environment. However, our inspection of the DDF 990 didn’t show big numbers, perhaps as a result of the McCourt’s’ bankruptcy and documented allegations of misspending funds, with total revenue declining from $1.282 million in 2009 to $883,000 in 2010. As a significant force in the African American community engaged in charitable and business endeavors and as someone without the PR baggage of the McCourts, will Magic put a different stamp on the team’s charity?

Johnson is a wealthy ex-athlete, but the big money behind the purchase of the Dodgers is from the investment-banking firm Guggenheim Partners, with Guggenheim Capital CEO Mark Walter in the lead position of the ownership group. Also in the ownership group is Guggenheim Partners President Todd Boehly. We found an absolutely tiny foundation run by Boehly with only two grants to its credit in 2009 and 2010: $900 and $1,520 to the Darien Police Department in tony Darien, Conn. The Guggenheim firm claims a strong commitment to philanthropy, but an inspection of the Magic Johnson Foundation’s 990s suggests that Magic might be the truly charitably engaged, community-engaged member of this party. Hopefully he’ll be able to teach his partners something about what’s needed in Los Angeles neighborhoods.

For those of us with fond memories of an occasional game at Chavez Ravine during visits to Los Angeles, the conditions at Dodgers Stadium need attention, but not just in terms of security. Under McCourt’s watch, so to speak, not only did a San Francisco Giants fan get viciously mugged and beaten on opening day, but the stadium has been taken over and divided up by Los Angeles gangs, particularly in the outfield pavilions. Some of this might be attributable to lax security as the McCourts focused on themselves, which is a story in and of itself, but some relates to the role and perhaps obligation of sports teams to address conditions and issues in the neighborhoods surrounding them. What will the Dodgers do now that the McCourts are almost history and a strong community voice like Magic Johnson has entered the picture?

When he acquired the Dodgers from the O’Malley ownership group, McCourt made a big thing of the Dodgers Dream Foundation, but apparently he didn’t do quite what he promised. Now, with the sale closing, the Los Angeles Times reports that the foundation only built or rebuilt nine community ballfields from 2003 to 2010. The Dodgers empire collapsed in the midst of an ownership tug-of-war and nasty divorce between Frank and Jamie McCourt, but in the process, Frank McCourt sped up his ballfield timetable, completing 10 ballfields in 2011 alone and aiming to complete six more this year before the end of April, when the team changes hands. McCourt and the DDF are taking advantage of a partnership with the LA84 Foundation, which makes available surplus funds from the 1984 Olympics. Maybe there are divorce asset or tax implications, too, but at least kids in Los Angeles will get their 25 rebuilt ballfields.—Rick Cohen