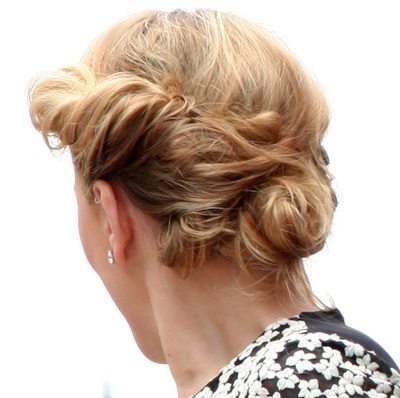 “Now, the celebrities, actors, athletes, people who are the focus of our celebrity-obsessed culture, will be less likely to become philanthropic.” So says Trevor Neilson of the Global Philanthropy Group, commenting upon the criticism that actress Scarlett Johansson received after she signed on with the carbonated drink–maker company, SodaStream, which has a factory located in an Israeli settlement in the Palestinian West Bank.

“The biggest asset that Scarlett Johansson has is her fame, and if people like her are scared of using their fame to make the world a better place, no one wins,” Neilson added, in light of Johansson’s decision to cut ties with Oxfam, which opposes trade with the Israeli settlements, viewed by many observers as illegal and potentially counterproductive to a two-state peace settlement between Israel and the Fatah-led Palestinian Authority.

Neilson’s credibility on this issue derives partly from his resume of working with many celebrities on philanthropic issues, including, according to the Independent, Angelina Jolie, Brad Pitt, Ashton Kutcher, Demi Moore, Madonna, Bill Gates, Bono, Bill Clinton, and Richard Branson. He bemoans the idea that Johansson was supposed to be required to agree with everything Oxfam believed when her role with Oxfam was related simply to global poverty rather than specific issues regarding Palestine.

Whatever one thinks of her choice of SodaStream over Oxfam—and we’ve heard lots, including charges that NPQ’s coverage veered toward anti-Semitism—the controversy that erupted in the days leading to her SodaStream ad during the Super Bowl has had an interesting evolution, notwithstanding Neilson’s plea for dealing with celebrities like simpletons who shouldn’t be pressed about potentially conflicting charitable and commercial choices. The position of Oxfam (which, as we have noted, has done extensive work in Israel and Palestine on issues of poverty) against trade with Israeli settlements in the West Bank (not as a signatory to the Boycott, Divestment, Sanctions movement) appears to have been a core belief of the organization, not just some buried tenet from the bowels of the organization’s arcane ideological archives.

Moreover, Johansson is hardly a naïf. To her credit, she has not asked to be treated like one. “I grew up in a household that was very politically conscious,” she said in a quote in the Guardian. “If there is to be a spotlight shed on me, then I’d like to direct that spotlight on to causes I think are worthy or on to interesting, progressive figures.”

Choosing SodaStream over Oxfam, Johansson made and subsequently defended her decision. In an odd way, she helped “direct a spotlight” onto an interesting cause. We suspect that concerns about Israeli settlements in the West Bank vaulted hugely in the public consciousness when the settlements became a topic associated with the Super Bowl. For some people, Secretary of State John Kerry’s comments will now have more resonance as he struggles during peace negotiations to rein in Israel’s continuing expansion of West Bank settlements while trying to convince Palestinians that perhaps the settlers need not be removed.

Johansson also undermined Neilson’s fretting about celebrities’ values. If, like Johansson, they stick with a commercial firm like SodaStream that pays them a lot of money over a humanitarian NGO like Oxfam that doesn’t, so be it. There’s an important statement being made. If celebrities can’t defend their decisions in favor of corporate sponsorship over NGO sponsorships, that says tons about the substance of some celebrity philanthropic sponsorships.

If, on the other hand, like Johansson, the celebs are able to explain and defend their choices, the public actually benefits. Some of us strongly disagree with Johansson’s defense of SodaStream’s facility in a West Bank settlement, but the public deserves celebrity role models like Johansson who do more than read what their agents and their philanthropic advisors put in front of them.

In one of her more recent films, Her, Johansson’s character—a computer operating system—evolves and grows in response to the computer user’s needs. It would be useful if the promoters of celebrity philanthropy would do a little evolving themselves and give celebrities their due.—Rick Cohen