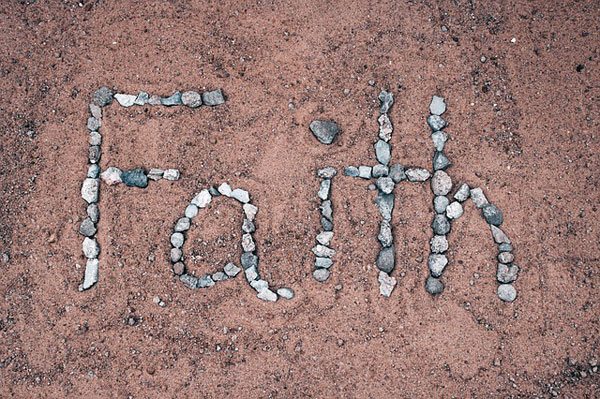 Some see the new presidential order announced quietly on Thursday, May 3rd as strengthening important freedoms and the nation’s religious roots. Others say it does exactly the opposite. The Executive Order on the Establishment of a White House Faith and Opportunity Initiative places President Trump’s stamp on longstanding efforts, begun in the Clinton administration, to balance the important societal role of faith-based organizations with respecting the diversity of the nation’s religious communities and the constitutional requirement to keep church and state apart.

You may remember that a version of this executive order was scheduled to be announced on last year’s Day of Prayer but was later withdrawn. Michael Wyland wrote then that:

An early draft version of the executive order was leaked, allegedly by Ivanka Trump and Jared Kushner, and published by the Nation on its website, provoking objections which caused the Trump administration to withdraw the document. Politico reports that Vice President Mike Pence “and a small team of conservative allies quickly began working behind the scenes to revise the language, and in recent weeks have ratcheted up the pressure on Trump to sign it.” The revised executive order strips language affecting LGBTQ rights. “This executive order isn’t about discrimination,” said the official, who spoke on condition of anonymity. “Anything currently illegal under current law would still be illegal.”

Readers will recall that Vice President Mike Pence has a passion for these issues, having signed a state-level Religious Freedom Restoration Act in 2015 as the governor of Indiana. The law opened the door to discrimination against the LGBT community and it prompted a widespread boycott of the state by businesses, foundations, and others.

In announcing the order during the 2018 White House’s National Day of Prayer ceremony, the president said, “The faith initiative will help design new policies that recognize the vital role of faith in our families, our communities, and our great country. This office will also help ensure that faith-based organizations have equal access to government funding and the equal right to exercise their deeply held beliefs…We take this step because we know that, in solving the many, many problems and our great challenges, faith is more powerful than government, and nothing is more powerful than God.”

Trying to include faith-based organizations and their community-based strengths in the government’s efforts to attack important societal problems and access government funding may not be new, but emphasizing that the government will bow to their “deeply held beliefs” is very different. Many faith-based organizations saw this as a positive step, making it easier for such organizations to partner with the federal government. By recognizing the importance of “deeply held beliefs,” it will allow them to structure programs to reflect their views on such issues as the rights of members of the LBGTQ community or access to reproductive health care, including abortion. According to the Washington Post, “a top faith advisor to Trump said the aim was a culture change producing less conversation about church-state barriers ‘without all of these arbitrary concerns as to what is appropriate.’”

The order continues the administration’s efforts to pull back from the positions of previous administrations and carve a new path. A year ago, the president ordered the federal government to stop enforcing the Johnson Amendment, which limits the political activities of religious organizations. Earlier this year, Attorney General Jeff Sessions issued a memo that provided insight into how this administration views the balance when it comes to respecting religious beliefs: “Nor may the Department of Health and Human Services second-guess the determination of a religious employer that providing contraceptive coverage to its employees would make the employer complicit in wrongdoing in violation of the organization’s religious precepts.”

According to Deseret News, the new order goes even further, revoking “the Obama-era policies regarding what faith-based service providers must do for potential clients who aren’t comfortable with the religious nature of their work. These providers will no longer have to offer information on alternative service agencies.” And this represents, according to Amanda Tyler, executive director of the Baptist Joint Committee for Religious Liberty, “a shift from focusing on the needs of beneficiaries to the needs of religious providers.”

Those who see this as a positive look forward to the ability to do more important work:

Johnnie Moore, spokesman for the president’s evangelical advisory group—his only faith advisory group with regular access—said the initiative included an order to every department “to work on faith-based partnerships.” That, Moore said, “represents a widespread expansion of a program that has historically done very effective work and now can do even greater work.”

On the opposing side, Camilla Taylor, director of constitutional litigation for the LGBT legal advocacy group Lambda Legal told the Daily Beast, “We’re very concerned because this administration has a pattern of inviting discrimination in the name of religion. Based on its reported description, the new ‘faith initiative’ seems to be actively seeking out opportunities to facilitate discrimination.” Zeke Stokes, vice president of programs at the LGBT advocacy group GLAAD, said, in a statement that speaks for the concerns of many:

Freedom of religion is a core American value, and starting a White House Faith and Opportunity Initiative would not be alarming, except for the anti-LGBTQ extremists and organizations who have the president’s loyalty and his ear. GLAAD will be monitoring closely to see who is tapped to lead this initiative, and you can bet we will hold that person accountable and this initiative accountable just as we have this entire Administration since its beginning.

In an email to the Post, Rabbi Jonah Pesner, the Director of the Religious Action Center of Reform Judaism, wrote of his “grave concerns” about the new order and “its ability to let faith groups play a key role in government programs while also protecting ‘the rights of all people, regardless of their faith. We have already seen efforts by this administration to undermine essential rules…thereby threatening religious liberty.’”

The nonprofit community may have one other change in this new order. Under the George W. Bush administration, faith-based organizations were paired with those focused on community-based efforts. Under President Obama, this changed slightly to recognize neighborhood organizations as part of a common agenda. President Trump’s new focus specifically substitutes “White House Faith and Opportunity Initiative” for “White House Office of Faith-Based and Community Initiatives.” If this reflects diminishing interest in the requirements and wisdom of non-religiously-based nonprofits, our sector will have much to worry about as specific proposals emerge. In past administrations, calls for new approaches were not matched by efforts to expand funding. Increasing the prominence of previously biased organizations in the competition will, under those circumstances, be a zero-sum game that non-religious organizations may not even be invited to play.

The controversy raised by this order and previous administrative acts may be settled once the president appoints an advisor to lead his effort. Will that advisor reflect the Republican’s evangelical base and their desire to have the government support their beliefs, even if they restrict the lives of some? Or, will it be someone with a strong commitment to protect the rights of individuals and maintain the separation of church and state?—Martin Levine