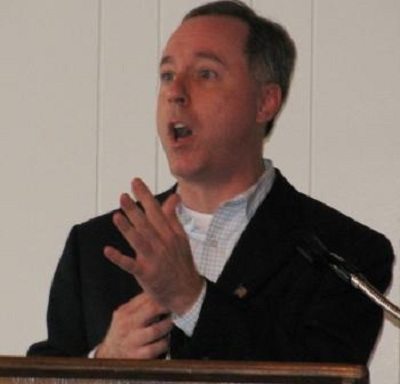 The award-winning Wisconsin Center for Investigative Journalism is known for training reporters and producing high quality investigations, but now it is awaiting word on its very own budget provision. It’s not an earmark, but a measure designed to evict it from the campus of the University of Wisconsin. The provision would also prohibit employees of the school from working at the center, which is tightly connected to the University’s School of Journalism. The provision, which has been approved by the Joint Finance Committee and is headed now to the Senate, was proposed by Assembly Speaker Robin Vos, who says he’s attempting to underscore a necessary separation of press and state.

Some, even other conservatives and Republicans, do not believe that that is his motivation and they do not approve. Sen. Dale Schultz deems Motion 999 “childish” and says it “smacks of payback.” “It smacks,” he says, “of the kind of tactics you would expect from Vladimir Putin or Hugo Chavez.” Schultz acknowledged to the Associated Press that “journalism is a serious and important profession in our society, as much as many of us politicians from time to time wish it didn’t exist…It is one of the underpinnings of our civil liberties.”

A conservative radio host, Charlie Sykes of WTMJ–AM Radio, called the measure vindictive in a blog post and said that the budget provision “should especially appall those of us in the conservative media….Imagine how we would have reacted if Jim Doyle and the Democrat legislature had passed legislation targeting conservative talk radio or any of the independent new media watchdog groups that have arisen in recent years.”

Sykes believes that the Center is an equal-opportunity thorn. “Part of its job is to harass and annoy those in power and ask difficult questions and that makes political enemies no both sides of the aisle,” Sykes said. “That’s what a free press does.”

Students from the journalism school get a running start from the center, doing full-scale public service journalism while on paid internships. Lucas Graves, an assistant professor at the school says, “I really can’t stress enough what a huge asset it’s been to have a working newsroom operating independently right in the middle of the department, and what a loss it would be to see them go. They do the kind of investigative work that a lot of career journalists never get the chance to, and which has been so hard hit by the newspaper crisis. That makes them a really unique resource for training journalism students.”

As journalism reorganizes itself, it moves more and more into the nonprofit sector, and there are a number of sites that have university connections.—Ruth McCambridge