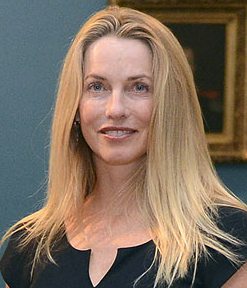 Laurene Powell Jobs is interested in helping to change U.S. immigration laws, and in supporting the Dream Act in particular. Her net worth of $11.5 billion, a legacy from her marriage to Steve Jobs, suggests that she could have a very big footprint. That net worth, by the way, is enough (according to the New York Times) to make her the world’s ninth-wealthiest woman. Powell-Jobs is possibly best known for her activism in education and immigration, but is also concerned about global conservation, nutrition and gun control.

Steve Jobs, by most accounts, was not greatly focused on philanthropy. He did not sign the “Giving Pledge,” but neither has his widow, and she is known for social conscience. She is quoted as saying, “Whether someone signs something is not what’s important. It’s what they do and how they do it that matters.”

Peter Seligmann, chief executive of Conservation International, where Powell Jobs is a board member, says, “She knows that she is in an unusual position and has the standing to have a major impact on the world stage. It will be fascinating to watch the choices that she makes.”—Ruth McCambridge