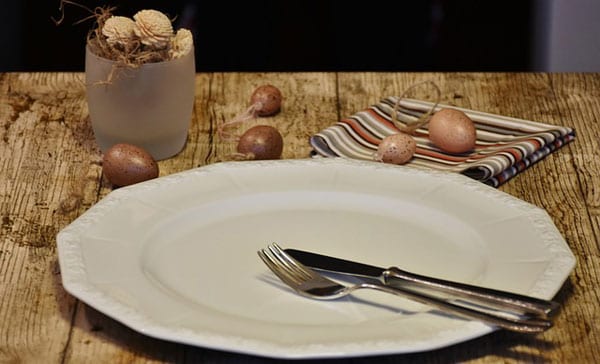 Connecticut Governor Ned Lamont’s proposed debt diet would suspend until the 2020–21 fiscal year a key $25 million capital grant program that has sustained many Connecticut nonprofit service providers. The state grant has provided hard-to-raise funding for capital improvements, building repairs, and information technology upgrades that help maintain and enhance the physical plant and back-office functions of nonprofits employing 190,000 people and helping 500,000 statewide. These kinds of overhead costs are often not popular with other funders, but they are vital to programmatic success. According to the Connecticut Mirror,

“The capital grant “has become imperative in order for us to continue to do business,” said Barry Simon, CEO at Hartford-based Oak Hill School, the largest nonprofit agency serving clients with physical and intellectual disabilities.

“It really has been a life-saver,” said Steven Girelli, president and CEO of the Klingberg Center in New Britain, which serves children and adults struggling with trauma and other behavioral health needs.

The annual grant program was launched in 2013 by then Gov. Dannel P. Malloy to mitigate the financial hit the private, nonprofit sector has been facing.”

The so-called “debt diet” would restrict bonded debt borrowed for capital projects, which funds the annual $25 million nonprofit capital grant. Connecticut carries more bonded debt per capita than most states, and as pension costs have ballooned, the state has resorted to more bonded debt to cover other costs. All told, retirement debt and bonded debt costs eat up 30 percent of Connecticut’s General Fund, up from 10 percent two decades ago.

The debt diet would reduce bonded debt for capital projects to less than a billion dollars annually, down from the previous administration’s average of $1.6 billion. Governor Lamont proposed the debt diet in a speech on February 12, 2019. But is this the best way to address the state’s budget shortfall, or does it continue a history of balancing the budgets on the backs of service providers—particularly given the inefficiencies some cite in the state’s dual provider system?

Connecticut’s nonprofit sector provides services paid for by the state and has faced austerity for years. As Mirror reporter Keith Phaneuf writes, “Despite the state’s increasing reliance on the nonprofits, however, state funding has not kept up with either inflation or demand. In the 15 years prior to 2017, budgeted state payments to nonprofits grew just nine percent in total—increases that fall far short of inflation.”

Gian-Carl Casa, president and CEO of the Connecticut Nonprofit Alliance, says, “Nonprofits have been operating on bare-bones funding for more than a decade.” Moreover, Connecticut’s practice of providing certain social services in state-run facilities in addition to contracting with nonprofits doesn’t help: “The quality of services at the state level is no better or worse. It simply costs more. And because it is the way the state has always done business, it’s been difficult to change.”

A study conducted by the Connecticut Institute for the 21st Century called the dual public-private system of delivering social services “a confusing, non-integrated, inconsistent and out-of-balance system that is neither efficient nor effective” and said “the splintered approach makes it more difficult for individuals and families to obtain the services they need or measure results effectively.”

Casa maintains, “About five percent of the people with intellectual or developmental disabilities who are in residential programs are in homes run by the state — but that five percent gets 30 percent of the funding. Seven of the state’s 13 Local Mental Health Authorities (LMHAs) are already run by nonprofits, those that are state-run cost about $7,000 more per-person-helped.”

Unfortunately, Governor Lamont’s debt diet is another in a long series of losses for the sector in a challenging time for the state’s government.—Eric Fullilove

Eric Fullilove joined Relief International in 2018 as Chief Financial Officer. Eric is an MIT graduate, a Certified Public Accountant and a published author. He has had broad experience in the both the for-profit and nonprofit sectors. Eric has held leadership positions at organizations including World Vision, where he was global CFO with responsibility for Global Finance, IT, Supply Chain, Shared Services and Corporate Real Estate. He also has worked in a variety of organizations, including: Housing Works, a New York City provider of housing and services for people with AIDS and HIV; Teach for America, which provides teachers to under-resourced urban and rural school districts; and Boys and Girls Clubs of Santa Monica, which provides enrichment and leadership training for youth.