WNET and the Need to Disclose 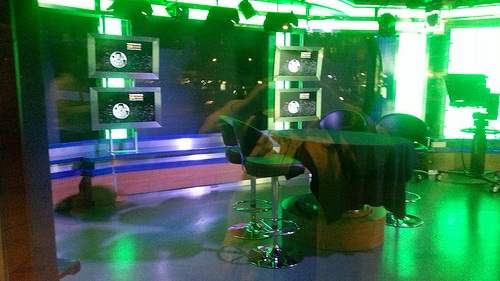 WNET, the public broadcasting station in New York, may need to take a more systemic look at its standards for accepting and disclosing financial support after a second major scandal regarding the influence of major individual funders on its programming. NPQ readers may remember the newswire of May 2013 regarding the station’s odd process surrounding the airing of Alex Gibney’s Gates-funded documentary, “Park Avenue: Money, Power and the American Dream.” David Koch, who featured prominently in the film, was on the board of and a large donor to WNET. Koch “was expected to make a big contribution to WNET’s next capital campaign. Panicked calls placed by WNET President Neal Shapiro ensued…. In the end, although WNET did not pull the program, it rewrote the introduction, calling the piece ‘controversial’ and then allowed Koch and Sen. Chuck Schumer to rebut.”

The station was publicly pilloried, but that did not stop it from accepting $3.5 million from the Laura and John Arnold Foundation, founded by former Enron trader John Arnold, to support its “Pension Peril” series. The foundation states on its website that pension reform is one of its foci.

“We work actively in the area of public employee benefits reform. State and local budgets across the nation continue to face considerable financial strain, and the structure of public employee benefits in most states and communities is unsustainable. The economic and social costs of governments failing to pay for their promises are not only harmful to future generations of workers and taxpayers, but also potentially crippling to the nation. We seek to remedy this untenable situation by promoting transparency and concrete structural solutions that address the problem in a manner that is comprehensive, lasting, and fair to all parties.”

WNET issued a statement, but have refused to address questions about why no explicit disclosure was made of the foundation’s funding of the pension programming, especially since it was the sole supporter.

Public broadcasting has to walk a careful line, engaging sponsors willing to put money into an issue but guarding against any real or perceived editorial skewing, and some of that can occur quite subtly. Writing for Pando.com, David Sirota reports:

“PBS rules prohibit corporate, political or ideological interests from financing programming that directly involves those interests’ agendas. According to PBS’s website, the rules do this to prevent the entire frame of said programming from “pre-ordaining” conclusions and systemically skewing coverage in an ideological direction.

The ‘Pension Peril’ series, funded by the anti-pension billionaire John Arnold, is a good example of how such skewing works to bias news coverage and suppress contextualizing facts. The individual public television journalists in the series may not knowingly be toeing Arnold’s ideological line when they conduct their ‘Pension Peril’ reporting (indeed, Pando never suggested they were). However, as Pando noted in its original report, the core assumptions baked into the series as a whole—namely, that pensions are singularly creating peril and driving state and local budget crises—are highly ideological and are not substantiated by empirical data.”

WNET has returned the entire grant of $3.5 million, but we wonder if it has learned anything.—Ruth McCambridge