Working out of a Financial Tailspin: Amistad America 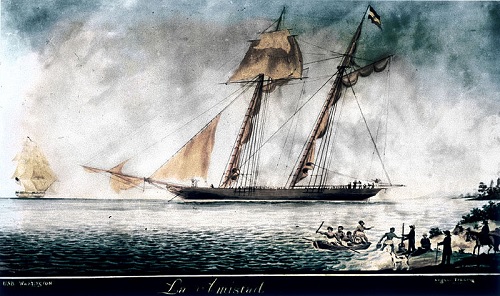 New, relatively small organizations need to attend to the basics of sound financial systems before they begin to receive grants in the hundreds of thousands of dollars. To do otherwise taints the work, and sometimes that is just excruciating. Readers may remember a story NPQ ran last month about a new nonprofit in Alaska; this story is another classic example.

In Connecticut, Amistad America, Inc., the nonprofit that displays the replica of the slave ship, Amistad, lost its nonprofit status after three years of neglecting to file reports with the IRS. Apparently, it has not had an audit done since 2009, claiming that the group could not afford the $50,000 it believed it would cost. It has also not been paying its bills to the small businesses that have done business with it, and an ensuing audit by the state is reputed to have taken far longer than expected because the records are not in order.

The whole situation has gone on so long that twenty-three members of the state legislature have signed a letter asking the organization to establish a deadline by which it will have a plan in place to repay seven of the small businesses to which it has long-term debts.

“After all, the taxpayers of the state of Connecticut have duly funded the Amistad every year, including the initial construction of the boat. It is incomprehensible that small businesses, the backbone of our community economic web, would not be the first to be paid out of the (annual) state appropriation.”

The legislators have an interest because Amistad America has been awarded $8 million in state funding to date, but now the governor has declared that the nonprofit’s grace time is up. It will not receive another $400,000 annual payment until the audit is done.

It is worth reminding people that in many cases there is no need for your accounting function to be done inside the organization. Many organizations of this size use an outsourced financial service. Make sure that it is reputable and familiar with nonprofit accounting. A good outsourced service will help ensure that an organization stays out of the danger zone.

July 1st of this year was the 175th anniversary of the famous Amistad rebellion of 53 Africans taken captive from Sierra Leone.—Ruth McCambridge