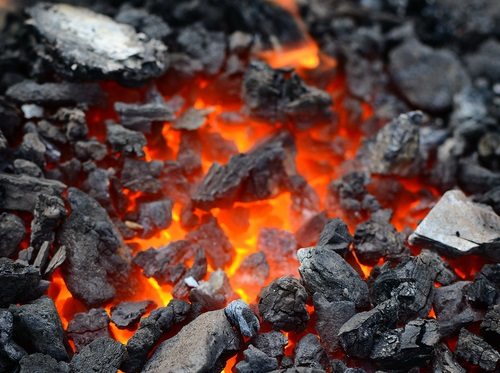 In light of last week’s Cohen Report on the White House report on climate change, this news story about Peabody Coal merits coverage. Early in April, WWF Europe filed a complaint with the Jury d’Ethique Publicitaire about an ad campaign launched by Peabody, the world’s largest coal company, in the Financial Times.

WWF Europe complained that Peabody’s “Advanced Energy for Life” advertisements violated the JEP standards that require that “any publicity must be decent, honest and veracious.” Peabody’s ad said that 4 million people die due to “energy poverty” each year, which it described as “the world’s number one human and environmental crisis.” The Peabody ad links to a website opposing the imposition of a carbon tax in Australia, highlighting the benefits of coal to Nebraska (a key state in the path of the proposed XL TransCanada pipeline), and touting China’s development of what it says will be the “world’s largest near-zero emissions rate coal power plant.”

Is Peabody correct that “clean coal” can eliminate poverty, or that clean coal development with “brighten the many faces of global energy poverty”? In a press release, the Peabody CEO, Gregory Boyce, said, “Coal-fueled electricity and synthetic natural gas can eliminate widespread deforestation from gathering biomass as well as the devastating effects of energy poverty.”

There are plenty of groups that don’t buy the clean coal argument. According to a 2008 report from Greenpeace, clean coal technologies are expensive, potentially raising electricity prices by as much as 91 percent. CorpWatch quotes Steve Frenkel, director of the Midwest office of the Union of Concerned Scientists, who said, “Our analysis shows that switching to cleaner energy sources and investing in energy efficiency often makes more economic sense than spending billions to extend the life of obsolete coal plants.”

In its list of faults in the Peabody ad, WWF Europe alleges the following as refutations of statements made by or about Peabody that are factually inaccurate.

“Peabody Energy’s new campaign marks the final death throes of a dying and desperate industry. As coal loses ground in developed countries to more modern and sustainable alternatives, Peabody is marketing its dangerous technologies to those poorest countries with the least development options,” wrote Tony Long, Director of WWF European Policy Office. “In bringing this action against Peabody, WWF is taking a stand against the deep cynicism implicit in its publicity ploy. Trying to sell coal to poor people as a path to better and healthier lives is socially irresponsible and morally wrong.”

In our request for ideas about what nonprofits might do in support of the White House’s climate change agenda, one strategy might be to publicize contentions that run counter to the facts. We don’t know how the WWF Europe complaint with the JEP will fare, or what a ruling by the JEP would mean for Peabody. However, the WWF Europe action means that citizens will have an opportunity to debate the veracity of the Peabody claim, rather than simply accepting it as just another flimsy corporate advertisement to write up as so much hyperbole.—Rick Cohen