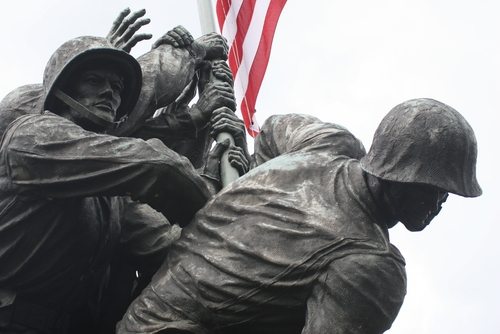 In what has become a battlefield between two veterans groups, the Wounded Warriors Project (WWP) has sued a local veteran support group in Indiana. Dean Graham, who founded Help Indiana Vets, states that the Wounded Warrior Project “does not donate a majority of its profits directly to veterans in need.” Graham has posted this message on social media sites, and his sentiments have subsequently been sent by former donors to WWP.

On Help Indiana Vets’ website, Graham posts several documents that he believes outlines evidence that WWP is a “fraud,” including making available WWP’s tax information and providing a fact sheet laying out the concerns the organization has with WWP. One such complaint states, “This organization is full of former Veterans Administration employees and former military personnel. They are pulling the biggest Oke Doke [sic] ever pulled on the American public.”

In turn, the WWP filed a lawsuit, stating that Graham’s “false and misleading statements alleged herein have deceived many WWP supporters and have caused a number of WWP supporters to cancel their ongoing donations to WWP.” The Wounded Warriors Project, whose annual revenue reaches approximately $150 million, believes it may have lost over $75,000 in the matter.

An attorney consulted by FOX 59, a local Indiana station, found the nature of the lawsuit odd. “Usually, unfair competition claims are brought against businesses, because it’s only businesses that compete with each other.”

Graham is not the only one to have voiced concerns about the WWP. In June, as part of a yearlong investigation into charities across the nation, the Tampa Bay Times and the Center for Investigative Reporting investigated a number of nonprofits, and found that WWP only spent 58 percent of the money it received on veteran programming.

Additionally, the investigation found that WWP had “gotten mixed reviews from independent charity watchdogs. The charity meets all 20 standards set by the Better Business Bureau’s Wise Giving Alliance, but only gets three of four stars from Charity Navigator. Charity Watch gave Wounded Warrior a ‘C+’ grade, up from a ‘D’ two years ago, based on the amounts spent on programs and fundraising.”

Both Graham and the investigation cited the large executive salaries at WWP, with the investigation highlighting WWP’s CEO’s salary at $330,000 and the 10 employees making over $150K. WWP rebutted by stating, “We hire the best of the best and we pay them a living wage.”

At the time of publication, Graham was still preparing his legal response, but said that WWP’s actions serve to “back up” the truth of his claims.—John Brothers