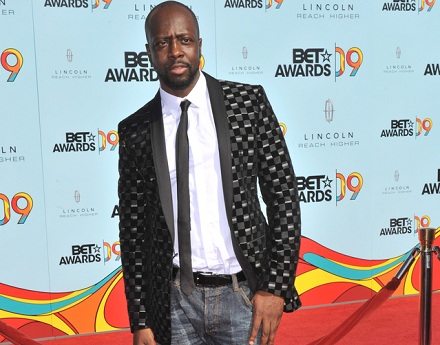 After all the publicity, after all the money raised and the public statements, and after his botched bid for the presidency of Haiti, singer Wyclef Jean must now fend off critics who say that his charity, set up to help Haiti recover from the 2010 earthquake, has been a failure. According to the New York Times, the singer’s charity, Yéle, “effectively went out of business last month, leaving a trail of debts, unfinished projects and broken promises.”

Under a New York State attorney general’s investigation, Yéle faces charges that “millions in donations for earthquake victims went to its own offices, salaries, consultants’ fees and travel, to Mr. Jean’s brother-in-law for projects never realized, to materials for temporary houses never built and to accountants dealing with its legal troubles.” Rather than agreeing to pay $600,000 in restitution for the “waste of the foundation’s assets” and to pay for a forensic audit of its expenses, Jean has hired a former member of New York Attorney General Eric Schneiderman’s transition team, Avi Shick, to square off against the authorities.

Why a forensic audit? In looking at $3 million in the foundation’s expenses from 2005 to 2009, auditors found a quarter million in what the Times called “illegitimate benefits” to Jean, Yéle board members, and staff plus “improper or potentially improper transactions.” Among the questionable expenses was $30,763 for a private jet to ferry Lindsay Lohan to a fundraiser in Chicago that raised only $66,000 (the Times doesn’t say whether that amount was the gross or net). Another charge is that Yéle paid Jean $100,000 to perform at a fundraiser in Monaco because that’s what he typically charged for performances. Other parts of the Yéle story include allegations of projects never completed despite significant expenditures and money owed to contractors and vendors.

Overall, however, this isn’t just a story of alleged financial improprieties. There are real questions about Yéle’s strategy in Haiti itself. The Times article quoted an Oxfam spokesperson who described Yéle’s operations as a “dump and run strategy.” Actor Sean Penn, whose charitable activities in Haiti have been widely praised (certainly, at least, in comparison with Yéle’s expenditures), told the Times in 2010 that his impression was “that Yéle is at the service of Wyclef Jean and his reputation.” The list of projects and efforts allegedly started and abandoned without explanation by Yéle is extensive and embarrassing—and, if true, hurtful to the people of Haiti who thought Yéle was going to be there for them.

The Yéle story is yet another celebrity charity venture that may tarnish whatever good efforts many other celebrities have made to use their fame and fortune to help people in need, especially in terms of disaster relief. The celebrity-focused American public, with the help of a fawning press, sometimes gives these celebrity charity ventures an automatic pass, showering them with accolades before they have done much and rarely circling back to see whether the charity delivered on its promises and operated on the up-and-up. There are many international organizations that know the disaster relief field that can comment on the charitable operations of celebrities and provide tips for the public about whether their on-the-ground operations come close to matching the rhetoric and hype. Isn’t it time for the American public to look at celebrity charity announcements with a bit more skepticism and a bit less breathlessness?—Rick Cohen