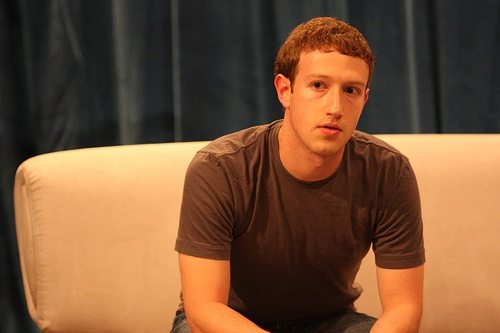 Facebook’s Mark Zuckerberg is discovering that public policy is never far away. While he (and Google’s Larry Page) got headlines for their outraged denials that their firms had cooperated in the National Security Agency’s PRISM domestic surveillance program, the less publicized news is that Zuckerberg plans to host a campaign fundraiser for Newark mayor Cory Booker, who announced his none-too-secret plan to run for the Senate to replace Frank Lautenberg, who died last week. Not long ago, the politically unaffiliated Zuckerberg held a fundraiser for another New Jersey politician, Governor Chris Christie, who might have been Booker’s opponent had the Newark mayor decided to pass on running for governor against the Republican incumbent who looks likely to swamp any and all possible challengers.

Is Zuckerberg a Democrat because he is aligning himself with Booker, a Republican because he hosted Christie, or a political chameleon, like the political action group he and a bunch of other Silicon Valley types created to pitch liberal messages to liberals and conservative messages to conservatives to promote the high-tech industry’s particular brand of immigration reform?

Zuckerberg’s entry into New Jersey politics follows his $100 million commitment to reforming the Newark public school system. Christie, for one, is hardly a proponent of traditional public schools; his closest political ally in the city is Steve Adubato, the North Ward political powerhouse who runs the well-known Robert Treat Academy charter school. He is also, to the surprise of no one, a vigorous critic of teachers’ unions, calling them “the problem” of public education.

Where does Booker stand? Booker is a longtime supporter of school choice and a founder of the nonprofit Excellent Education for Everyone (E3), which has long promoted charter schools and vouchers in New Jersey. Running as a Democrat for mayor, Booker has disassociated himself from the voucher advocacy that remains part of E3’s broader agenda. E3’s “School Choice Is Your Choice” campaign in 2010, in which Booker played a visible role, included support for the corporate tax credit scholarship bill that would pay for scholarships for children to attend private schools. E3 gets significant support from politically conservative grantmakers known for their support of school choice, charters, and vouchers, including the Lynde and Harry Bradley Foundation, the F.M. Kirby Foundation, the William E. Simon Foundation, and most significantly, the Walton Family Foundation.

On school reform, Zuckerberg’s leanings are toward the free-market side. So are Christie’s, and so are Booker’s. There’s no contradiction Zuckerberg’s hosting fundraisers for both of them.—Rick Cohen