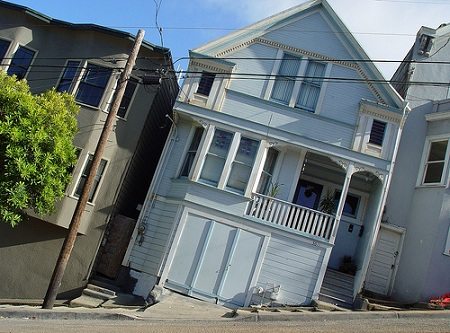 $10 billion seems to be the magic number this morning. The New York Times reports that federal regulators and 14 banks may be close to finalizing a $10 billion settlement that would be used to resolve claims of foreclosure abuse across the country. The settlement was being worked to resolution over the weekend and will likely be announced today. This follows a $26 billion settlement with five banks in February. Of the reportedly soon-to-be-settled $10 billion, it is estimated that $3.75 billion would go straight to people who lost their homes in 2009 and 2010 and another $6 billion would go to people in danger of losing their homes. The Federal Reserve had tried, at the last minute, to require that another $300 million be paid by the banks to the settlement funds but the banks resisted and the feds gave in.

This will cut short a case-by-case review process that all seem to agree has not worked. According to the Los Angeles Times, of 4.4 million cases thought to have suffered from bad bank practices, only around a half million applied for a review and these reviews were progressing very slowly. Those “who never requested a review would get only a few hundred dollars under the proposed settlement,” the Times reports. Those who sought a review would get a larger payment and those who were proven or thought to have suffered serious harm via poor bank practices could get payments in the six-figure range.

Many argue that the total of these two settlements constitutes a mere drop in the bucket in comparison to the financial impact of lenders’ bad practices. Others, including NPQ, have noted that when one looks at how some of the $26 billion has been distributed, one will recognize that the money is not at all going just to relief for homeowners. In Maine, for instance, where $6.9 million was received, $5.4 million went into the state’s general fund and only $1.5 million went to direct homeowner assistance.

The banks had been ordered to do a case-by-case review of instances where homeowners complained about assorted poor or botched bank practices. This was to have been followed by compensation payments in any cases where the complaints were found to be legitimate. But to date, there has been little meaningful relief freed up through the process. Meanwhile, the consultants who are responsible for the reviews, which have taken significantly longer than estimated, are enjoying raking in fees of up to $250 per hour.

According to the LA Times, some consumer advocates are concerned about what has occurred in the review process so far: “Unlike the AG settlement, which had a huge amount of scrutiny, there’s been a real lack of transparency in the foreclosure reviews and this settlement,” Paul Leonard, California director of the Center for Responsible Lending, told the Times. Really, there may be no end to the number of people who are enriched through these settlements even while many of those who lost their houses go unrecompensed.

Meanwhile, this morning we see that one of the major parties in the aforementioned expected settlement, Bank of America, has agreed to a $10 billion settlement with Fannie Mae. It will pay Fannie Mae $3.6 billion, and will also buy back mortgages from Fannie Mae at a discount to the tune of $6.75 billion. It “also agreed to sell the servicing rights on about $306 billion worth of home loans to other firms,” according to the New York Times.

Despite all of these agreements, Bank of America expects to post “modest postive” fourth quarter per-share earnings. In a statement, Bank of America Chief Executive Brian Moynihan said, “Together, these agreements are a significant step in resolving our remaining legacy mortgage issues, further streamlining and simplifying the company and reducing expenses over time.” We may not agree that the legacy issues are completely resolved. What do you think? –Ruth McCambridge