10 Years after the Indian Ocean Tsunami, Work to Be Done 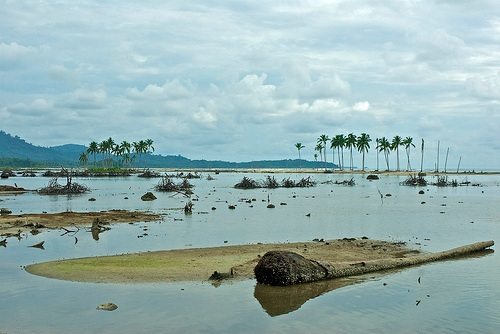 Memories are short in this era. With natural disaster following natural disaster, how long do events stay in the public’s consciousness? How infrequently do we look at the long-term consequences of disasters and how survivors have tried to create new lives to replace the devastating losses they suffered?

Ten years ago, a tsunami swept across the Indian Ocean, hitting the island of Sumatra. Most of its destructive power was concentrated in the province of Aceh in Indonesia. Over 150,000 people were killed, though estimates have been as high as 220,000, and half a million people, surely an underestimate, were displaced when their homes and communities were destroyed.

A number of Aceh refugees have repopulated the island in a new community in the mountains, hours from the coast. As Liam Houlihan described it in the Sunday Herald Sun, the “instant city” of Blang Pon, once unpopulated fields, “is a place of roads, power and plumbing where city people from Banda Aceh have turned themselves into rural farmers to start a new life out of harm’s way and they never have to return to the city of death.”

Houlihan’s article focuses on the work of CARE Australia, which built schools and housing in Blang Pon to turn it from emptiness into a habitable community. CARE also built water systems, roads, an electric system, and a health clinic for the new community. Houlihan suggests that these displaced residents are very appreciative of CARE’s work. A plaque at the “Aceh Thanks the World” memorial park reads, “Grieves and sorrows haunted the people of Aceh…Help and assistance came from volunteers, governmental and non-governmental…and the armies local, national and international.”

While the article reads a little like a bit overdone paean of thanks to CARE Australia and to “Australian mum and dad donors,” the reported work of CARE in Blang Pon is impressive and multi-faceted. Moreover, given that Blang Pon appears to be only 250 homes, all apparently constructed due to CARE, the scale of the tsunami disaster is clearly overwhelming. One wonders how many Blang Pons have been created for the displaced survivors of the tsunami and how many more it will take to resettle a half million people.—Rick Cohen