100 Schools to Pilot Core Curriculum for the Arts 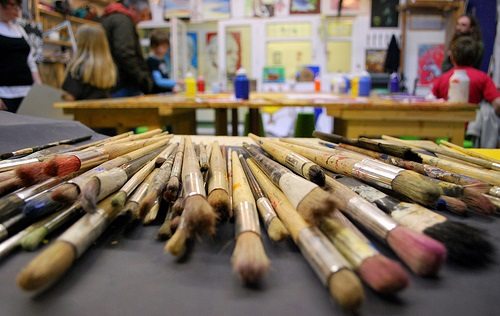 Time and again, studies have shown the importance of integrating arts into the curriculums of grade schools. From helping to improve graduation rates to increasing literacy rates and helping the learning process, the arts serve multiple functions with a number of benefits when properly invested in our educational system.

In an attempt to focus attention on the arts, next month, 100 elementary and middle schools will pilot a new national arts standards education project as an edit to the Common Core standards already in place. Eventually, the standards will be expanded to high schools by 2016.

Launched back in October, the standards were created by the National Coalition for Core Arts Standards (NCCAS), a group of art educators that compiled the thoughts of 6,000 parents, teachers, artists, and students, taking in current trends in public education like the Common Core to facilitate a smoother integration into schools’ current curriculums.

These standards will serve as an update to the National Standards for Arts Education from 1994 and the Standards for Learning and Teaching Dance in the Arts from 2005. Among the disciplines included are classics like dance, music, theater and visual arts, but a new one, media arts, is in there as well.

According to the concept framework:

“Rather than offering simply a compilation of individual skills and knowledge, the National Core Arts Standards integrate the processes, skills and knowledge, sample assessments, and criteria for successful learning into a single organized system that spans PreK-12 and is aligned to the philosophical foundations and lifelong goals. Rooted in backward design, this outcomes-based approach to teaching and learning in the arts emanates from four artistic processes, eleven anchor standards, and PK-12 performance standards articulated by each of the five arts disciplines.”

The updated arts core will have 11 “anchor standards,” clustered into four groups instructors can use to analyze students’ progress: Creating, Performing, Responding, and Connecting. Students will be assessed and categories into three different levels based on their performance—proficient, accomplished, and advanced.

Like the previous standards, the update is meant to be a guide for school districts to adapt to fit within their budgets and capacities as they work “toward the full availability of the arts for all students.” As such, schools have some latitude in the implementation of the standards, as they have in the past, and arts education in schools varies widely. Only 25 states and the District of Columbia require arts course credits to graduate from high school. Two of these states, Arkansas and Kansas, are moving to adopt the standards, as is Nebraska, which does not have the graduation restriction. Another 10 states are considering adopting it as well, according to Narric Rome, the vice president of advocacy group Government and Arts Education at Americans for the Arts.

An even more interesting chart compiled by the National Center for Education Statistics chronicles the differences between states in their investment in the arts. While the majority of states, over 40, require states to offer arts instruction at elementary, middle, and high school levels, only 17 require states to assess students for their learning of the arts.

NPQ would love to hear from arts educators and activists about these standards.—Shafaq Hasan