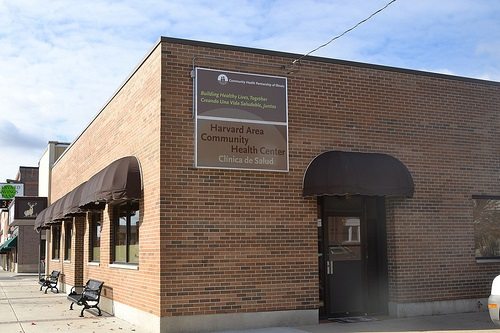 The federal implementation of the Affordable Care act has, since inception, had community health centers as a central component of the plan, serving as a network through which the primary healthcare needs of low-income individuals can be identified and met. In that vein, the U.S. Department of Health and Human Services (HHS) has invested relatively heavily in the facilities, personnel, and systems at those centers, but the level of ongoing funding may be in serious question.

This latest set of grants will help the selected health centers hire an estimated 4,750 new staff, as well as expand services such as oral health, behavioral health, pharmacy and vision services. HHS says this will help reach 1.5 million new patients.

Of the $295 million awarded, the largest grants are going to the most populous states, such as California, New York, Illinois and Florida. But more rural states like Georgia, Louisiana, South Carolina and West Virginia, where there are disproportionally larger shortages of primary care providers, will each be able to hire nearly 100 new doctors.

Why so much money specifically for primary care?

Community health centers in particular are expected to take on a lot of the newly insured, as well as an influx of patients in states that expanded Medicaid coverage through the Affordable Care Act. The centers accept many of the Medicaid and uninsured patients that other primary care physicians, dentists and mental health providers do not. They also charge fees based on a sliding scale and turn no one away for inability to pay.

“It could not come at a more important, opportune and critical time,” Daniel Hawkins, vice president of federal, state and public affairs for the National Association of Community Health Centers told Modern Healthcare. “Every health center I talk to around the country is bursting at the seams with new folks coming in to see them in states where they’ve expanded coverage like in California and New York.”

Despite the rapidly growing reliance on community health centers, the continued level of federal support is unclear. This $295 million grant package is the latest installment of $3.7 billion appropriated for health center by Congress in January, but the funding is set to expire next September. As NPQ reported in July, the sunset date creates the potential of a fiscal cliff for health centers reliant on federal funds, particularly in underserved areas.

Without continued support from Congress, Hawkins predicts few health centers could continue their current level of operations. Community health center advocates and those concerned about health care access for vulnerable populations will be watching closely to see if the funding is sustained beyond next year.

The grantees selected for this round of funding and the communities they serve will be especially anxious to know if future funding is in store as they begin efforts to quickly put the current funds to use. And as they sign more individuals up for Obamacare, they will surely be wondering if they will be able to continuing meeting their health care needs after next September.

A list those centers selected in this round of funding can be seen here. —Anne Warden

Anne Warden is a seasoned expert in developing communications and advocacy strategies that move public opinion and government policy. Using her extensive background on Capitol Hill and working with nonprofits aimed at creating social change, Anne helps forward-thinking organizations develop innovative communications campaigns that get results and save resources. She founded Warden Strategies, LLC to provide nonprofits with insider-level trainings and strategies that go beyond handshake meetings to actually affecting public policy. During her time on Capitol Hill, Anne served as Chief of Staff to Congressman Mike Thompson of California, and previously served as his Communications Director. While there, she worked with countless organizations aimed at influencing the federal government, and from it, she gathered a keen understanding of what works and what doesn't. Anne also has a wide breadth of experience in the nonprofit world developing strategic communications campaigns and media plans, including positions at The Pew Charitable Trusts and the University of Chicago. At the communications firm GMMB in DC, Anne worked with a range of clients including the Bill & Melinda Gates Foundation, the Robert Woods Johnson Foundation, the U.S. Surgeon General, United Cerebral Palsy, and many others. Anne holds a Master of Public Policy degree from the George Washington University and a Bachelor of Business Administration from the College of William and Mary. She resides in Oak Park, IL with her husband and two children. You can reach Anne at 312.324.0375 or her email [email protected]