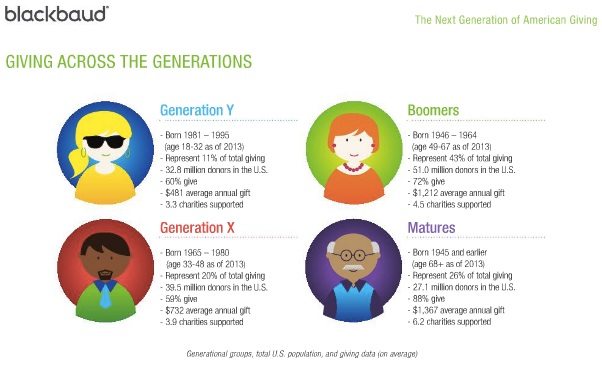 Blackbaud has released a 2013 study breaking down the donation patterns of different age groups by generation: Generation Y, Generation X, the Boomers, and Matures. The study looks at each generation’s online giving and social media habits, as well as their makeup of the total donor population in the U.S. This newswire is our first treatment of that study, but NPQ will follow up with a more in-depth approach to the information next week.

The digital technology on their dynamic graphics is beautifully crafted; we highly suggest you take a gander. Here is the static infographic:

Here are some key takeaways: