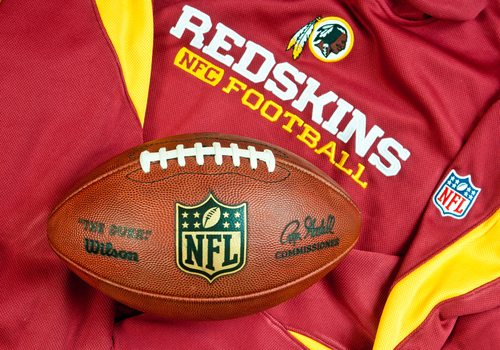 The National Basketball Association’s action to terminate Donald Sterling’s ownership of the Los Angeles Clippers is causing some soul-searching about other people of power and influence deemed to be unrepentant racists. The NBA is acting in response to Sterling’s racially biased comments about black people to his paramour, V. Stiviano, not his track record of racial discrimination as a real estate developer and apartment building owner. The NBA’s 30-page statement of allegations against Sterling includes not only his racist comments, but the charge that he and his quasi-estranged wife Rochelle tried to concoct a cover-up to dig his way out of losing ownership and control of his team.

Remember, Sterling’s “crime” warranting the loss of the team that he brought to Los Angeles from San Diego were his verbal statements about African Americans. Now compare Sterling’s taped statements to the daily racial insults from the Washington, D.C. NFL franchise to Native Americans. Sterling never used the “N-word” to describe the people he didn’t want to see in the company of his paramour, but in Washington, D.C., the “R-word” is the common parlance for the National Football League team—and for the ersatz foundation that the team’s owner, Daniel Snyder, created in the wake of the public criticism of the team’s name.

NFL chief Roger Goodell hasn’t shown a scintilla of the mettle of NBA commissioner Adam Silver in dealing with the racism associated with one of the league’s teams, actually defending Snyder’s obstinate refusal to contemplate a change in the team’s name. Now, 50 members of the U.S. Senate have pointed out the difference between Goodell and Silver in their respective dealings with Snyder and Sterling. The 50 senators sent a letter to Goodell describing the Washington team’s name as nothing less than “what it is: a racial slur.” The 50 signatories called on the NFL to formally advocate a change in the name of the Washington franchise.

Senate Majority Leader Harry Reid has been a leader in supporting a change of the racially pejorative name. “They’re not mascots,” Reid told the Washington Post, “they’re human beings. I have 22 tribes in Nevada and they’re insulted by this cavalier attitude about what they’re being called.”

The two Democratic senators from Virginia, where the Redskins practice, Mark Warner and Tim Kaine, declined to sign on, along with Joe Manchin of West Virginia, Joe Donnelly of Indiana, and Mark Pryor (the letter was only offered to Democrats to sign). The explanation from Kaine’s office was that the senator was unhappy with the tone of the letter and opposed to having Congress “dictate” to the League. The letter, of course, doesn’t dictate or mandate anything. It simply asks for Goodell’s support of a name change.

Late yesterday, the NFL responded to the senators’ letter with the contention that the Washington team’s use of a racial slur was intended to “present a strong, positive, respectful image” of Native Americans.

Unlike the NBA owners, there seems to be little or no sentiment among Snyder’s NFL peers against the racially pejorative name of the Washington, D.C. team. The senators wrote that “racism and bigotry have no place in professional sports,” but truth be told, race has long been a problem for the NFL, reflected in the huge gap between the demographics of NFL players and the teams’ coaches and general managers.

However, “soft” racism may be lurking beneath the surface among the NBA owners. The owner of the Dallas Mavericks, Mark Cuban, inexplicably went public with his shallow thinking about race and racism:

That’s a stunning statement from the “full Mark Cuban,” as he described his likely comments. Think about it. The black kid in Florida might find himself shot and killed by virtue of his race and hoodie; the white guy is unlikely to be shot because of his baldness and tats. That must have escaped the Mavericks billionaire. In the wake of the reactions to his statements, Cuban apologized in a tweet to the family of Trayvon Martin, but stood by his statements.

The obvious hint is that Cuban might not vote to expel Sterling. “You can’t keep that ugliness out of the league. There’s no law against stupid—I learned that a long time ago,” Cuban said. Implicitly, he is expanding on his belief that “we’re all bigots,” meaning that Sterling’s not any more racist than his NBA team owner peers, but he was stupid to say what he did in a way that would get the comments publicly circulated and used against him.

The 50 senators are telling the NFL that there’s no room for racism in the league, but Cuban hints that punishing Sterling for his racism might be disingenuous. “The thing that scares me about this whole thing is I don’t want to be a hypocrite and I think I might have to be,” Cuban said. “Being a hypocrite bothers me more than anything, after my family, so it won’t be fun.” Cuban is suggesting that if you keep your racism well camouflaged, it’s okay, but to vote a public racist out of the NBA owners’ private club might be hypocritical in light of the racism that he and apparently others might hold.

The NFL is a tax-exempt entity, with significant benefits accruing to the team owners from the league’s exempt status. The senators seem to be well within their rights to suggest that the league remove a racial epithet as a team name. They might want to send a second letter to Adam Silver, suggesting that in addition to booting Sterling out of the league of majority black players and all white owners, the NBA should offer Cuban a few “Undoing Racism” sessions with the People’s Institute for Survival and Beyond or the anti-racism training of the Crossroads Ministry, just to name two of the better known groups that might help Cuban overcome the “full Mark Cuban.”—Rick Cohen